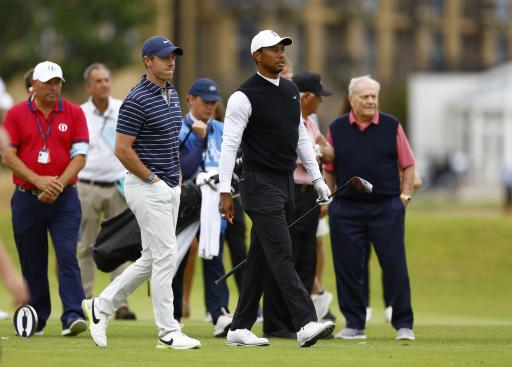 Tiger Woods, Rory McIlroy and PGA Tour commissioner Jay Monahan have reportedly been served subpoena notices to reveal details of the "players only" meeting before the BMW Championship.

The meeting took place on Tuesday before the second leg of the PGA Tour's FedEx Cup Playoffs at Wilmington Country Club.

Following that meeting, unprecedented changes were announced by the PGA Tour with the announcement of:

Related: Why Patrick Reed's lawsuit is "destined to fail"

Larry Klayman, the lawyer who is representing Patrick Reed in his $750m lawsuit against Brandel Chamblee and Golf Channel, served the notice to Woods and McIlroy.

In a press release, Klayman states: "This is not a personal 'thing' against Woods, McIlroy and Monahan.

"It's about getting information about what occurred at the players' meeting and generally with regard to allegations in our complaint that the PGA Tour, the DP World Tour and their commissioners Jay Monahan and Keith Pelley, are allegedly colluding in restraint of trade and the antitrust laws to harm the LIV Golf Tour and its players.

"Just today, the PGA Tour announced changes in its tournaments by again upping winning purses with guaranteed attendance payments for top players, attempting to emulate LIV golf, while continuing to allegedly harm LIV and its players by, among other alleged anticompetitive acts, working to deny them world ranking points points to compete in major tournaments such as the Masters, U.S. Open, British Open and PGA championships.

"We look forward to Woods, McIlroy and Monahan telling the truth, with sworn testimony, under oath.

"Their testimony is not just relevant but also crucial."