Jason Day has been speaking about his issues which almost forced him to quit the game. Now he stands on the verge of a huge victory at Torrey Pines. 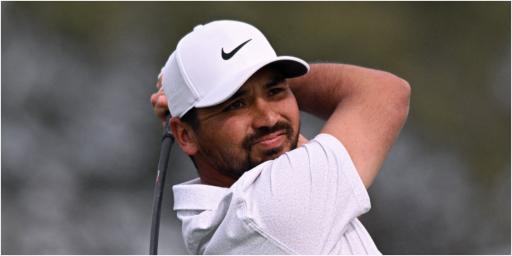 Seven years is a long time in golf but especially more so for Jason Day.

For back then was the time when Day, the now 34-year-old Australian, commanded the respect of his peers as the world's number one golfer.

Fast-forward to 29 January 2022 and now Day stands on the precipice of winning his first PGA Tour event four years.

Of course for Day it will seem as if it means more to him than anyone if he were to succeed at Torrey Pines.

But that is besides the point. Just getting back to this level where he can compete will ignite a fire that has already been burning for a while.

This is not exactly a hit and giggle. This field is stacked with Justin Thomas and Jon Rahm trading blows like heavyweight boxers.

Day summed up the last few years perfectly after walking off the green with a 54-hole share of the lead with the buccaneering Will Zalatoris.

He told the media of his struggles over the last few years and summed it up perfectly in nine words:

"A big ball of stress I would say, yeah," he said.

Related: Have you seen Jason Day's golf complex in his back garden?

"It's just that you come from being the top of the world and then all of a sudden it kind of falls out beneath you.

"I'm just happy that - I'm obviously not still out of it, but I'm glad that I've given myself a chance at it tomorrow. That's the ultimate goal is to put myself in the position where I can win tournaments. I feel like it's been a long time. Even though I've had some good finishes here and there in the last three years, it's been difficult to know that like, hey, do you want to keep pushing it, because it's painful either way. It's painful if I walk away, it's painful if I keep pushing on, so I just had to kind of suck it up.

His comments are a far cry from a few months ago where the downbeat Australian admitted: "I can't keep playing like this."

Of course, Day does like Torrey Pines having won here twice before. But his body is not really causing him any problems at present.

So far, he's not had any real back issues or any flare-ups that have caused him agony before.

Day said he could "talk all day" about his struggles but that is for another time.

For now, he's just happy to be in the mix. Does he feel like he can win? Definitely.

"Yeah, yeah, very much so. I'm not going to be — I can't be overly excited about it. I know I've been, like you said, I've been in the position before. I just know that everyone's going to be super pumped to be either in the final group or in and around that. I've just got to forget what other people are doing. If I can go out there and just play within myself, then I should be able to give myself the opportunities. I just can't get inside my head too much. I've just got to go out there and be patient."

If Day were to win it would complete a remarkable turn around for someone who seemed destined for a sad end.

Still, it's great to see him back where he belongs. Here's to hoping his form continues.