Matt Fitzpatrick gets perspective after harrowing phone call about Ukraine

Matt Fitzpatrick called his ex-girlfriend who was born in Ukraine and he was shocked by some of the details concerning Russia's invasion. 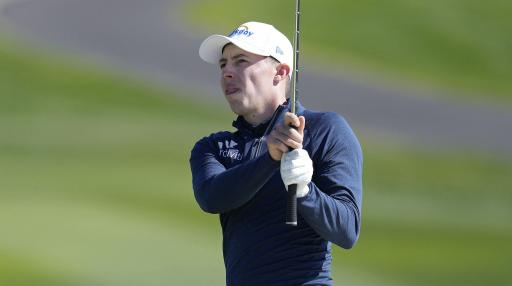 Matt Fitzpatrick realised some perspective after a recent phone call with his ex-girlfriend who was born in Ukraine.

Russia's invasion of Ukraine in recent days has made for some harrowing and brutal scenes which have been broadcast on national news channels.

The Englishman contacted his ex-girlfriend who still has family living in Lviv. What he heard on the phone was enough to send chills down any human.

Fitzpatrick is currently preparing to play the Arnold Palmer Invitational this week in Florida, a world away from the horrors that are taking place in Europe.

Related: "Phil Mickelson will be back!": Rory McIlroy on PGA Tour legend's mistake

"She was telling me about her gran who had a couple of strokes recently and can hardly walk, so she can’t go anywhere. Then she told me about her uncle who had just packed his bags and was off to fight tomorrow," said Fitzpatrick.

"I was sitting there in Florida ready to practise and it hit me, the contrast between the fact he might never come back and what I do.

"I’d already decided to be a little easier on myself this year and appreciate all that I have but that phone call just emphasised. I don’t want to be miserable for the rest of my life worrying about winning golf tournaments.

"Sure, I want to win but there has to be a balance."

With some balance and perspective in his mind, Fitzpatrick hopes that he can find that elusive first win on the PGA Tour and finish better at major championships.

Despite being a seven-time winner on the DP World Tour and ranked 25th in the world, Fitzpatrick has only ever finished in the top 10 of a major championship once in his career.

The baby-faced man from Sheffield has made two Ryder Cup appearances as well, but he is yet to earn a point for Team Europe.

"I think 100 per cent I’ve got too worked up about them in the past," Fitzpatrick added.

"The people around me say that I’m different in a major week and while I can’t see it myself it’s something that I need to work on. I feel that I’m a different player now to 2015-18, so hopefully, I can relax in the majors and it will start to show."