In Mayakoba, Matthew Wolff SIZZLES as another player starts with a hole-in-one

It is safe to say Wolff has returned to his best form through 18 holes at the World Wide Technology Championship in Mexico. 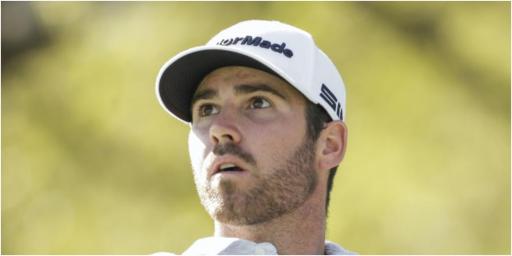 Faultless Matthew Wolff fired his way to a stunning opening round of 61 at the World Wide Technology Championship in Mexico.

The American has been candid about his struggles recently and even took time away from the course to deal with improving his mental health.

And now it appears to have paid dividends as the 22-year-old was sensational through his opening 18 holes at El Camaleón Golf Club.

Wolff's 10-under wasn't a slow burner but one that started in emphatic fashion as he made back-to-back birdies out of the gate.

Rory Sabbatini has a new tattoo & it has a spelling error...
PGA Tour: Why players are wearing purple ribbons at Sony Open

Flying up the leaderboard. ⬆️@Matthew_Wolff5 takes the outright lead with his 9th birdie of the day at No. 7. pic.twitter.com/S1CsRUCjWn

Three more birdies would follow on the front nine to see him make the turn in 31 before another five followed on the back.

It means that Wolff has now played nine rounds on the PGA Tour this season at 46-under par.

Formerly the Mayakoba Golf Classic, the field is much stronger on the PGA Tour this week with a number of big hitters playing.

The United States' Aaron Wise (63) was on 59 watch through nine holes as he made seven birdies to make the turn in 29, but his round faded.

What a start for @Chris_Kirk_.

Chris Kirk (64) had the craziest start to a round we have seen in some time as he aced the par-3 10th to begin.

Then he found a birdie at 12 and eagled the 13th to see him reach five-under after four holes.

Elsewhere Billy Horschel (64), Poulter (66) and Rickie Fowler (66) made decent starts to their weeks.

Justin Thomas endured a dreadful beginning and was 3-over through nine holes.

But coming in he managed to find five birdies back-to-back and another going up the last to finish at 3-under.

MORE: IS THIS THE BEST GOLF CLUB DEAL IN HISTORY?