PGA Tour winner Ryan Brehm won when he needed it most - and he's making sure his wife and caddie gets her share of the prize. 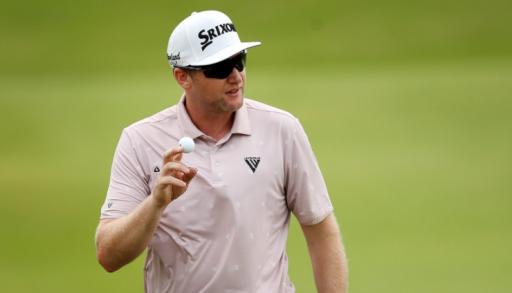 Ryan Brehm did the unthinkable at the Puerto Rico Open when routing the field to keep his card in his final start of his minor medical exemption last week.

Brehm, 35, finished with a round of 5-under par to finish 20-under par and six shots clear of the chasing pack.

Related: PGA Tour caddie is hired and then immediately FIRED!

The win vaults Brehm up to 55th in the FedEx Cup standings from outta nowhere, and it has changed the outlook of his golf career at least in the short term.

Brehm now receives a two-year exemption on the PGA Tour and a place in this week's Players Championship, as well as the US PGA Championship for the first time in his life.

Life is now a bit more comfortable for him, and his wife Chelsey.

Related: Ryan Brehm wins when he needed it most on the PGA Tour at the Puerto Rico Open

2022 Puerto Rico Open champion Ryan Brehm, with wife and caddie Chelsey, claims first PGA TOUR title in his one and only start on a Minor Medical Extension to earn a spot in THE PLAYERS Championship next week. pic.twitter.com/w0hTPL9wff

As for his whopping first prize of $666,000, Brehm confirmed his wife who was caddying for him in Puerto Rico will be receiving what will likely be the largest ever share of a PGA Tour winner's cheque.

Typically, a caddie on the PGA Tour will receive 5% of the player's prize if they finish outside of the top 10.

Winners on the PGA Tour will typically give their caddie up to 10% of the first prize. Well, unless you are Matt Kuchar.

Golf journalist of the Detroit News Tony Paul posed the question to Brehm after his victory: