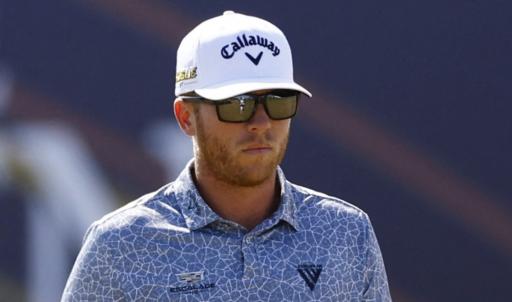 Ryan Palmer has blasted the LIV Golf players that want to return to play the biggest events on the PGA Tour, following an interview with Jason Sobel and Michael Collins on SiriusXM PGA Tour Radio.

LIV Golf trio Talor Gooch, Hudson Swafford and Matt Jones last week asked for a "temporary restraining order" in an antitrust lawsuit so that they could return to compete in this week's first event of the FedEx Cup Playoffs.

But the PGA Tour have instantly hit back.

Gooch, Swafford and Jones were three of 11 LIV Golf players, including both Phil Mickelson and Bryson DeChambeau, to add their names to the lawsuit against the PGA Tour where a number of topics have since come to light.

None of them bigger than the fact Mickelson was suspended by the PGA Tour as early as March this season, well before the start of the LIV Golf Invitational Series.

There was also a shock revelation to emerge from the Augusta chairman ahead of The Masters.

Palmer, 45, has won four times on the PGA Tour with his first victory in 2004 at Walt Disney World Resort and his last when alongside Jon Rahm at the Zurich Classic of New Orleans in 2019.

But despite many players of his age group now diverting their attentions from PGA Tour LIV Golf, Palmer says he has absolutely no interest of ever jumping ship because if he goes to the Saudi-backed LIV Golf Tour then he "has nowhere to go."

LISTEN TO THE INTERVIEW BELOW:

"They chose that route, all you heard was 'play less, be home more', well now you want to play and come out and play the big events next year and then play over there. I just don't get it.

"You know what, you chose the circus, stay in the circus.

"We're here on the PGA Tour, the greatest stage in golf in my opinion. It's different. In my opinion there is no incentive to play golf out there. There is nowhere to go from there.

"Okay, there is a purse. I call it a $25 million Calcutta. There's money to play for but there is nowhere to go from there. What's their upsides besides bank accounts?