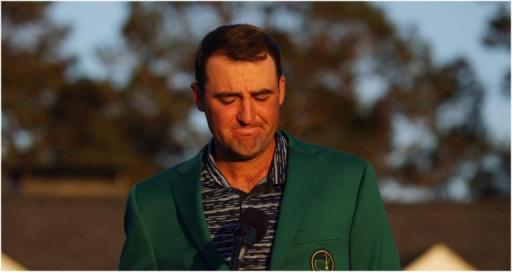 A number of shocking revelations have come out of the antitrust lawsuit filed by 11 PGA Tour players including Phil Mickelson, none bigger than Lefty being suspended back in March by the PGA Tour following his links with LIV Golf.

But another surprising leak that has emerged from the complaint is that Augusta National chairman Fred Ridley allegedly "personally instructed a number of participants in the 2022 Masters not to play in the LIV Golf Invitational Series."

It goes even further by saying "Augusta National representatives threatened to disinvite players from The Masters if they joined LIV Golf."

The complaint reveals how the PGA Tour was urging Augusta National officials to attend a PGA Tour Advisory Council meeting in May.

This was just after the launch of the new LIV Golf Tour had come to light, bankrolled by its Saudi billions and led by two-time Open champion Greg Norman.

Augusta National reps did attend, according to the complaint, and "they informed the golfers in attendance that the PGA Tour and Augusta National had agreed to work together to address LIV Golf."

Ahead of The Masters earlier this April, Ridley offered something of a non-answer in his press conference in response to the emergence of a new Saudi golf league when saying "our mission is to always act in the best interest of the game in whatever form that may take."

He also said that Augusta National "did not disinvite Phil Mickelson" to The Masters.

That's about as far as he went on the matter.

And Ridley now finds himself in hot water.

"Augusta National, the promoter of The Masters, has taken multiple actions to indicate its alignment with the PGA Tour, thus seeding doubt among top professional golfers whether they would be banned from future Masters Tournaments," reads point 159 'The Masters' on the complaint.

"For example, in February, 2022 Augusta National representatives threatened to disinvite players from The Masters if they joined LIV Golf.

"In addition, Augusta National Chairman Fred Ridley personally instructed a number of participants in the 2022 Masters not to play in the LIV Golf Invitational Series.

"Plainly, these threats to top players served no beneficial purpose, as they would only serve to weaken the field in the Masters."

PGA Tour commissioner Jay Monahan has since responded to the LIV Golf players' complaint, and he has not taken too friendly to it.

Next Page: PGA Tour player slams LIV Golf players for wanting to come back and play