"Your profession is approaching a historic crossroads," the Premier Golf League has said to the players who are tempted to join the LIV Golf Invitational Series. 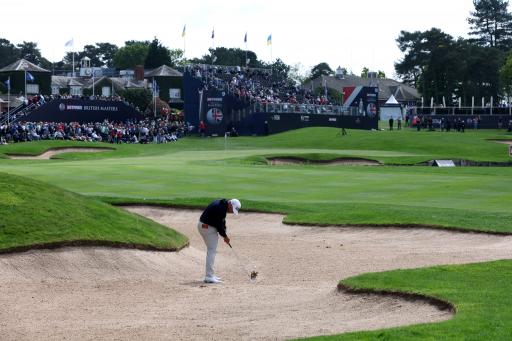 The Premier Golf League has sent a strong message to players of the PGA Tour and the DP World Tour, promoting their product and luring players away from the LIV Golf Invitational Series.

In a letter to each 'PGA Tour voting member', the PGL gives the players a compelling dilemma. Option one is: "Own 50% of the PGL and make $20 million each, with a further $1 billion of value to be shared between members of the Korn Ferry Tour and the DP World Tour."

Option two is: "Do nothing and leave LIV to generate that value, while the two oldest tours contemplate a full merger that would serve neither membership."

The letter, signed off by the World Golf Group Limited, also implored players not to be scared of PGA Tour commissioner Jay Monahan and to contact the Player Advisory Council on the PGA Tour, as well as tweet: "As a member of the tour, I instruct you to obtain and publish an independent valuation of the PGL proposals #playerpower #transparency."

The Premier Golf League is a concept that will have 18 events with $20 million purses. They are not linked with Saudi Arabia and in fact, an unnamed PGL investor claimed they "stole their idea."

Figures on the Player Advisory Council such as Rory McIlroy, Kevin Kisner and Charley Hoffman are in agreement that the PGL is not financially viable, despite certainty from various sources from the breakaway series.

The PGL want to allocate ownership shares to different tours. They plan to allocate $100 million in shares and the PGA Tour would receive 50% of the shares, the Korn Ferry would have 7.5% and the DP World Tour would have 2.5%.

McIlroy has previously revealed that Allen & Co presented the financial viability plan to the tour, however the PGL has now come back with a scathing response to the actions of Allen & Co.

"In the corporate finance world, this is technically known as "bull****." But then again, Allen & Co have ever spoken to us, nor had access to the information it would require in order to produce an accurate valuation."

The PAC of the PGA Tour believes that if the PGL was to generate $10 billion by 2030, it would have to produce 20 events comparable to the Ryder Cup each year.

With the emergence of the full LIV Golf Invitational Series, structure and venue plan, it seems the PGL is attempting to warn players from joining the new tour commissioned by Greg Norman.

"Act now or spend a life wondering: "What if?" is how the letter was finished. This is certainly an interesting development in the current climate of revolutionary golf start-ups.