Webb Simpson believes Rory McIlroy's opinions matter as he "brings a lot to the table" now he is on the PGA Tour Board. 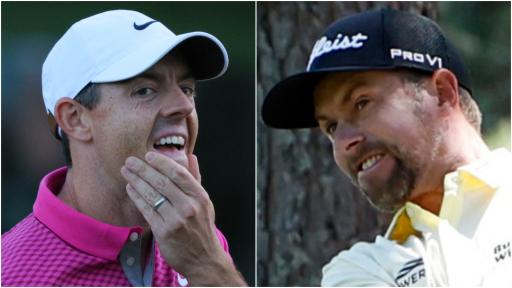 McIlroy, who has won this event three times down the years albeit on a different golf course at Quail Hollow, is now one of four player directors on the PGA Tour's policy board along with Kevin Kisner, Charley Hoffman and James Hahn.

And that is something Simpson fully backs in 2022.

"Yeah, I mean he's proven himself on the golf course," Simpson said of McIlroy ahead of this week's Wells Fargo Championship.

"I think he's proven himself off the golf course. He's a leader I think for us in a lot of ways.

"Very articulate, and he's been a global player for a long time, so I think his opinions matter.

Related: Golf Betting Tips for this week's Wells Fargo Championship as GolfMagic chases a FIFTH winner in the last eight weeks on the PGA Tour!

"Him being on the [PGA Tour] board now, I think he brings a lot to the table."

"That's really good I think for a leader for us players to have that."

"Almost as good as Rory just talking. Webb is right - he’s rubbing off on the rest of them."

"Love Rory in a press conference, always great value. Just says it how it is. Fully respect that."

"Honest Rory may be, and accomplished as a player, without doubt. I'd question how genuinely bright he is, however."

McIlroy, a 20-time PGA Tour winner, is bidding to win the Wells Fargo Championship for a fourth time this week, while seven-time PGA Tour winner Simpson is looking to rediscover some form on the circuit having failed to win a tournament for nearly two years now.

Next Page: How to live stream the Wells Fargo Championship for free online this week