Steve Williams - who carried the bag of Tiger Woods for 13 of his 15 major championshop wins - is coming out of retirement. 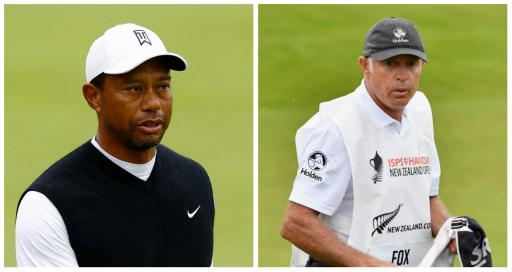 Tiger Woods' former caddie Steve Williams is coming out of retirement to caddie for Adam Scott.

According to a report by Evin Priest of GolfDigest, the famous looper will be back on the fairways for the 42-year-old former Masters champion later this month and into 2023.

Woods and Williams split in 2011 following a partnership that saw them win 13 major championships together.

That famous partnership began in 1999. Two years after the split Woods was exposed as a serial cheater to his then-wife Elin Nordegren.

Baker-Finch, in particular, has been vocal this week about Norman and his position in the world of golf.

He echoed the sentiments expressed by Rory McIlroy about the Australian two-time Open champion.

After Williams and Woods called it quits the New Zealander teamed up with Scott.

At the time Scott - with his effortlessly flawless golf swing - was thought of as one of the best players in the game without a major championship.

Williams will be on the bag for Scott for the forthcoming Australian PGA Championship and the Australian Open.

"For me it's exciting to work again with Steve and see if we can rediscover the magic. As a player, you experience different points in your career. Right now on the PGA Tour is a time of change, and I'm adjusting to it. Having Steve and Greg doing a job share is going to help me get everything I need and that's to be fresh at the biggest events.
"My goal is to win majors; I had a good run with Steve in the majors and we did win the Masters, but it's about getting an overall balance for what I need to perform in the biggest events.
"Steve is at a point in his life where he'd like to have a dabble again, so to speak. It's a good balance for him because it won't be a full year's grind."

As for Williams, he has been spending his time off dishing on his relationship with Woods on the Chasing Majors podcast.

There was this story about why Woods was late to the final round of the 2005 U.S. Open.

Williams also revealed why Woods simply didn't speak to him for six holes at the 2003 Masters.

And finally this epic tale of what Tiger did at every single PGA Tour event that took Williams by surprise.

Williams told GolfDigest of his return:

"The time I spent caddieing for Adam was very memorable; helping him becoming the first Australian to win at Augusta.I feel Adam is in a good shape with his game, and I'm fresh having not caddied for a few years, so I'll bring a lot of enthusiasm."