Steve Williams has revealed the biggest argument he ever had with Tiger Woods and it happened at the 2003 Masters. 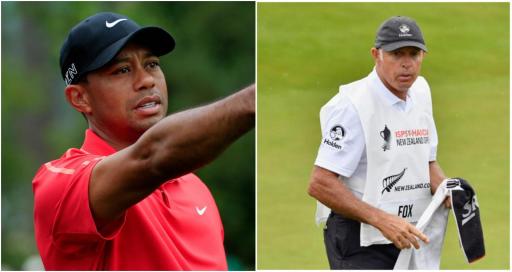 There is absolutely no denying Steve Williams and Tiger Woods had their moments, both good and bad, during their partnership.

More: How saying "no" to Tiger Woods led to a defining moment for Steve Williams

Over their 13-year association they won multiple majors. Their celebrations became iconic. That partnership came to an end in July 2011.

Williams started working for Woods in 1999. When they split, Woods said he wanted to express his gratitude to "Stevie", but added: "It's time for a change."

Williams, 58, has been discussing in detail his relationship with Woods on the Chasing Majors podcast. Most recently, he talked about the 2003 Masters where he was given the silent treatment.

The pair got into a big disagreement. Williams talked about how they were on the third hole at Augusta National and he advised Woods to hit driver for his tee shot.

"There was no question in my mind that was a driver," Williams recalled after he reportedly studied the tee position earlier in the morning.

Williams said: "He hit a terrible tee shot. I mean, any 25-handicapper could have hit that!"

The caddy said Woods blamed him for advising to him to hit the big stick and they reportedly didn't speak until they got to the ninth (!) hole.

Williams said it was Woods who broke the ice and told him that he admired the way he dealt with it when he was "acting like a child".

The 15-time major champion did speak to the media about their argument, saying: "Stevie and I disagree about club selection all the time, but it's part of the business.

"Ultimately, it's my responsibility to pull the trigger. In that case, I just hit a bad shot."

Williams later said in the podcast that it was the biggest disagreement that he and Woods have over the years.