Rory McIlroy: "I just got a little bit lax on that side of things"

Rory McIlroy discussed his impressive putting after the first round of the Arnold Palmer Invitational at Bay Hill. 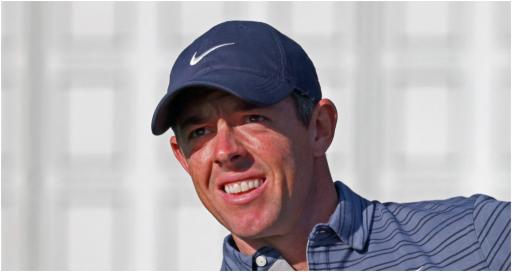 When Rory McIlroy struts down the fairway in that confident way we saw when he made his debut the competition best beware.

McIlroy had that familiar way of walking about him during the first round of the Arnold Palmer Invitational at Bay Hill.

He raced his way to a 7-under 65, dropping only one shot along the way. "I know my swings in a pretty good place," he told reporters.

Don't we just know it. McIlroy decided not to play the Honda Classic last week, instead taking a well-earned break before major season.

He did play, however, with Sky Sports' Nick Dougherty and Wayne "Radar" Riley and his father Gerry.

We are reliably informed that McIlroy shot the easiest 66 you'll ever see at Seminole. When he's on, he's on.

It appears McIlroy may be at the beginning of another hot streak. And just at the right time, too.

Speaking after his first round, McIlroy told the media "a win is a win" regardless of when it comes in the season.

He admitted that effectively throwing away the win at the Dubai Desert Classic did sting a bit, however.

Yet there was on thing McIlroy feels has truly benefitted him so far this season: the lack of green reading books.

Green reading books were banned by the PGA Tour as of January 2022 and replaced by tour-approved yardage books.

Players are not allowed to transfer old notes into the new ones. The change is supposed to bring "feel" back to the game.

"Yeah, like putting is -- like with putting, I feel half the battle is already done before you hit the ball -- reading the green, getting your setup right, aiming the putter. I think I just got a little bit lax on that side of things.

"It's just been a little bit setup, just a little bit of setup, and a little bit more green reading and practicing that. Those two things have -- those have stayed constant, and I've putted well because of that."