Scottie Scheffler spoke to the media ahead of the AT&T Byron Nelson about what he makes of the rebel league drama. 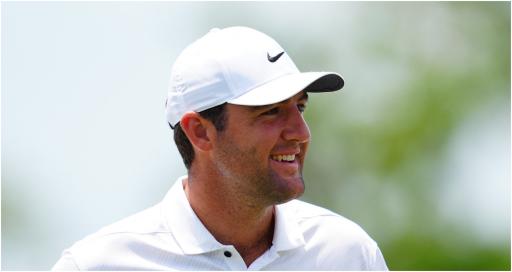 Scottie Scheffler says he now appreciates the value of rest more than ever after an exhausting few weeks since becoming the Masters champion.

Like many others before him, Scheffler had to come through the ranks of the Korn Ferry Tour to get to the riches of the PGA Tour.

It involves an exhausting amount of travel that takes its toll even if you aren't winning big tournaments.

Since Scheffler claimed the green jacket, he's been dropping pucks at the ice hockey and throwing out the first pitch in baseball games.

Scheffler told the media: "Yeah, I would say rest is something I didn't value as much as I do now. Early in my career when I played the Korn Ferry that's kind of one of the things I learned is the value of rest.

"So definitely like Xander [Schauffele] says, having some events close to home and especially one where can I stay in my own bed is such an advantage, I don't really feel like I'm traveling and playing this week.

"It's good to be at home. I love Texas, I love Dallas and to have an event here is really special. I'm definitely looking forward to this week a lot."

Scheffler, who was the Korn Ferry Tour's player of the year in 2019, also took the time to pay tribute to his caddie Ted Scott in his media conference.

Scott memorably was on the bag for Bubba Watson through all of his PGA Tour victories and tasted major success too at the Masters with the left-hander.

Since Scheffler and Scott have teamed up, it's been nothing but one big success story. They just can't stop winning together.

It helps, too, that they are both men of faith.

"Teddy keeps a very level head, he doesn't change often. He's a great guy to have out on the bag," said Scheffler.

"He works extremely hard and I trust him a lot on the golf course. So to have him out there by my side is really special.

"And he works really, really hard and I admire that about him and he's a really easy guy for me to trust out there."

Another big talking point includes the PGA Tour and DP World Tour's decision to refuse player release requests to compete in the first event of the LIV Golf Invitational Series.

Scheffler said of this drama: "The news came out last night, we had a busy night at our house last night, so I didn't really see it until I was going to bed.

"I woke up this morning and did my pro-am and now you just asked me, so I haven't really processed it very much.

"I guess first thoughts would be I kind of figured that was something that would happen.

"If you're playing here on the PGA Tour, playing in something that could be a rival series to the PGA Tour, being a member of our tour, it's definitely not something where we want our membership to do because it's going to harm the tournament that we have opposite that and that's, I'm sure that's why they were, why they did not release the players.

"Because if we have 15 guys go over there and play that hurts the RBC and the Canadian Open."