Tiger Woods remembers 1997 hole-in-one: "That was the thing back in the day"

Tiger Woods made an ace at TPC Scottsdale in 1997 and all hell broke loose in the crowd. This is how he remembers it. 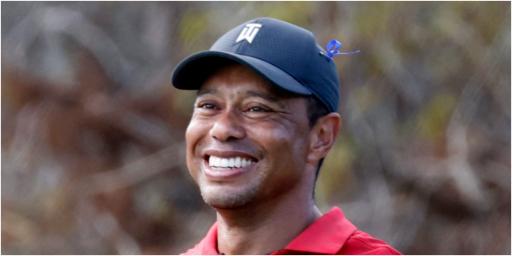 Tiger Woods provided one of the greatest moments in PGA Tour history in 1997 with an ace at TPC Scottsdale at the Phoenix Open.

But mostly he just remembers the aftermath for his failed high-fives, the old school raise the roof celebration and the smell of beer behind him. It was bedlam.

At the time, Woods was an emerging superstar. Just 21 years old. Skinny, but powerful and with some questionable baggy golf attire.

He had already won three times on the PGA Tour heading into the 1997 tournament and made the hole-in-one in front of roughly 15,000 spectators.

The club Woods chose was a 9-iron from 162 yards. It bounced into the hole. The shot was preceded with the now infamous: "They're gonna go nuts when he hits this thing."

The crowd duly obliged, then went absolutely bananas afterwards. Tiger Woods moved the needle in that moment. It was his second ace as a professional.

Woods was paired that day with Omar Uresti. He hit a great shot that went about three feet from the hole.

When Woods' ball found the bottom of the hole, he celebrated by giving a high-five to his then-caddie Fluff. He nearly broke his hand.

Then Woods hilariously missed Uresti's hand. "I missed Omar, or was it Rusty? Omar? I missed his. And then old school, back in the day, raise the roof, you know, that was the thing back in the day," he said.

"Then on top of that, just smelling and hearing the beer hit behind me on the tee box. To turn around and see all this beer flying was crazy."

Sportscaster Jim Kelly remembered the moment perfectly, telling Golfweek: "It was instant bedlam. I mean instant pandemonium. The roar was so loud it actually rattled the windows at the clubhouse."