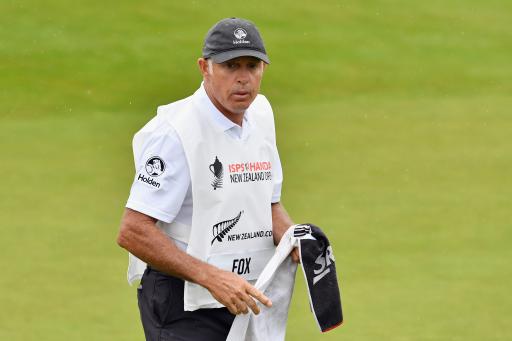 Tiger Woods' longtime looper Steve Williams has come out of semi-retirement, but just for the next two weeks on the PGA Tour with Australia's Aaron Baddeley.

Williams was on the bag for 13 majors with Woods and one with Adam Scott, and he then went to caddie on the LPGA Tour with Lydia Ko and Danielle Kang before heading into retirement.

But the game's most successful ever caddie is back for one last short stint with Baddeley, who will then return the services of his bag to his normal caddie John Limanti who has worked with him since the start of 2016.

"We’ve been friends for a while, and he sort of got in touch with us over the last year about working just a couple weeks just to sort of show me some of the stuff that he’s learned over his career," said Baddeley, a four-time PGA Tour winner who last won in July 2016 at the Barbasol Championship.

"We sort of figured out that these were the two really good weeks for him to come out."

Baddeley will be hoping the loan deal with New Zealand's Williams brings about a change in fortunes on the course following three missed cuts and just two top-20 finishes so far in 2018.

According to Baddeley, Williams was “very upfront” about the fact that he’s not looking to return on a full-time basis, and both Limanti and Baddeley’s coach were on board with the decision to make the two-week switch.

"John’s my man, I love John being on the bag, and he’s very good at what he does," added Baddeley.

"But we all thought like, ‘Hey, he’s done it for 40 years, caddied for some of the greatest players in the game. Won lots of tournaments.’ So it’s only going to help us as a team.

"There could be a couple things to think about slightly differently, or just how you go about playing the golf course that we can just tweak slightly,” Baddeley said. “You turn a 72 into a 68, or a 68 into a 64. As you know, golf’s such a fine line, and if you can save one or two shots a day, at the end of the week that’s just massive."