Sungjae Im came second at the 3M Open two weeks ago and he is set to challenge for his third PGA Tour title this week at Sedgefield Country Club. 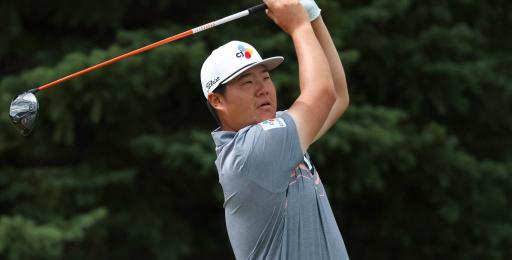 Sungjae Im shot another 63 in the first round of the Wyndham Championship to record his third score of 63 or better in the 2022 PGA Tour schedule.

He recorded his first 63 of the season in the first round of the Shriners Children's Open. He also carded an incredible 62 in the final round of this event which he went on to win back in October.

The South Korean played impressively on Thursday in North Carolina, carding four birdies and recording eagles on the 5th and 15th holes to reach 7-under-par for the week.

Im carded a final-round score of 68 to finish in tied second at the 3M Open a fortnight ago. This was one of his seven top-10 finishes this season and he entered the week at the Wyndham in 15th place on the FedEx Cup standings.

This is the final counting event ahead of the FedEx Cup Playoffs, but the 24-year-old will have no such worries in qualifying for the FedEx St. Jude Championship which will see the top 125 players qualify.

Im finished two shots behind the impressive John Huh on day one in Greensboro. Huh made seven birdies and an eagle on his way to a personal record score of 61.

This was the American's third score of 62 or better in his PGA Tour career. Back in the second round of the 2013 Wyndham Championship, Huh carded his first 62 on tour.

The 32-year-old has just one win to his name on the PGA Tour. He entered this week ranked 120th in the FedEx Cup standings, so a solid showing is required for a place in the Playoffs.