Joel Dahmen rips into LIV Golf players for filing antitrust lawsuit against the PGA Tour: "Please stay away in your fantasy land." 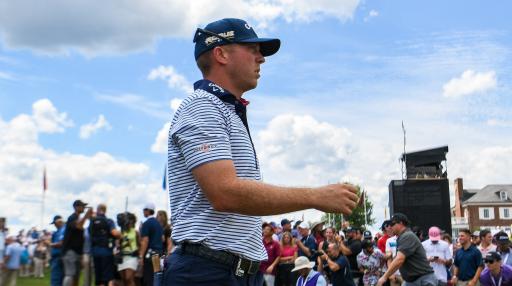 PGA Tour player Joel Dahmen has ripped into the 11 LIV Golf players who have filed an antitrust lawsuit against the PGA Tour and he has taken aim at the players who want to come back and enter the FedEx Cup Playoffs.

Phil Mickelson, Bryson DeChambeau and nine other players were the names down in filing the lawsuit, which was brought to everyone's attention on Wednesday afternoon.

You can read a full copy of the lawsuit here.

Gooch, Swafford and Jones would have been eligible to compete in the Playoffs based on their positions in the standings, prior to them departing to play golf on the LIV Golf Invitational Series.

"It sounds like some people want their cake and to eat it to," tweeted Dahmen, who won the 2021 Corales Puntacana Resort and Club Championship on the PGA Tour last season.

"Please stay away in your fantasy land. Sincerely, most tour players."

PGA Tour commissioner Jay Monahan has since issued a statement to PGA Tour members since receiving the lawsuit.

Does anybody know or care who is leading at that other tournament? https://t.co/mHDcWYRpQU

The World No.120 took another pop at LIV Golf during its third event at Bedminster last week.

"Does anybody know or care who is leading at that other tournament?" he tweeted.

Henrik Stenson went on to win the tournament on his LIV Golf debut, just days after being sacked as the European Ryder Cup captain.