Ernie Els sent one of his tee shots into the lava on the PGA Tour Champions this week then got a favourable ruling. 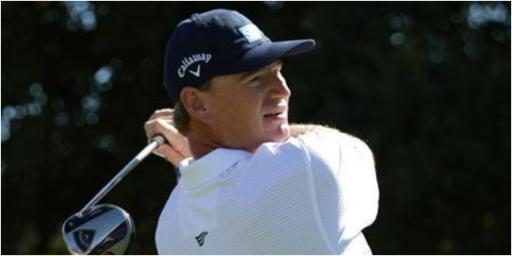 Ernie Els sent one of his tee shots into the lava at the Mitsubishi Electric Championship in Hawaii on the PGA Tour Champions.

The Big Easy has been in superb form this week and signed for an opening bogey-free round in the picturesque corner of the world.

He found himself in contention to win on Saturday in a star-studded leaderboard which of course included the ageless Bernhard Langer.

But ultimately it wasn't to be as he couldn't get anything going in his final round.

It was Miguel Angel Jimenez who ultimately prevailed, winning in a playoff over Steven Alker.

But Els perhaps the most interesting ruling on the PGA Tour Champions this week.

During the second round Els, 52, seemed destined to record a higher score than par on the fifth hole after sending his tee shot into the lava.

Els told the media: "I was surprised, I mean, I wanted to hit a little fade on the ball. Man, it faded way too much.

"Then I got an unbelievable break, break of the week. The ball bounced out of the lava, I got myself in position to play.

"I got to change my golf ball, there was lava on the ball, so I made four there and that was a two-shot swing."

Watch the ruling here and the referee's explanation

A bounce off the lava and a new ball.

It was Miguel Angel Jimenez who ultimately prevailed to win another PGA Tour Champions title.

He won in a playoff over the New Zealand's Steven Alker.

Jimenez and Alker made birdie at 18 to get into the playoff. It was the third time he has won this tournament in Hualalai.

Els had the lead going into the final round but had to settle with finishing three shots behind.