WATCH: The time Tiger Woods was involved in a "hit and run"

Tiger Woods was faced with this situation from a fairway bunker at RBC Heritage in 1999. Where does it rank on his all-time best shots though? 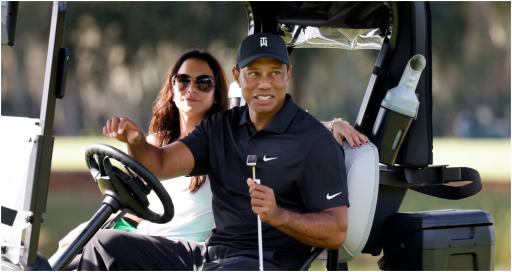 Tiger Woods in trouble. How many times have we heard that phrase and then witnessed the utterly incomprehensible?

This latest clip courtesy of Skratch comes from the 1999 RBC Heritage when Woods found himself in a tricky situation.

But Woods is an escape artist and dumbfounded us with another miracle shot. That's what has got him 15 major titles and 82 PGA Tour wins.

Woods hits his approach from a fairway bunker on the par-4 sixth hole to about seven feet then two putts for par.

"Tiger Woods in trouble," the commentator narrates. "Very upright swing, made contact and then who cares what happens after.

"What a fantastic shot. Is that considered a "hit and run"?

The commentator added: "The club was square at impact. That's all we care about. When he nearly fell over, that doesn't count. That's a great shot."

Woods did not win the tournament at Harbour Town Golf Links. This was one year before his infamous Tiger Slam year.

Though this shot from the fairway bunker was sublime, perhaps it doesn't rank as one of his most memorable. It's just simply underrated.

At WGC Mexico in 2019, Woods hit a frankly ridiculous shot from the fairway bunker after assessing the situation for more than two minutes.

In other Woods news, his former caddie Steve Williams has been discussing carrying for the cat in a podcast called "Chasing Majors".

Read how when Williams said how saying "no" to Woods led to a defining moment by clicking here.