Tiger Woods returns to the public eye once again on the PGA Tour for the first time since playing at the PNC Championship. 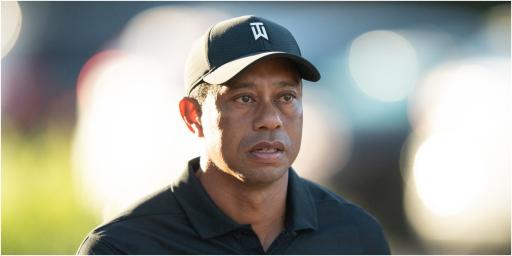 Tiger Woods returns to the public eye this week as tournament host for the Genesis Invitational at Riviera on the PGA Tour.

And while his playing days may still yet be some way off, we are expecting Woods to give us all an update on his recovery.

First of all, an update how strong his leg is feeling is due. The last time Woods played competitively was more than two years ago now.

Woods previously sent shockwaves through the golf world when he confirmed at one stage an amputation was considered.

The PNC Championship last December, where he came second with son Charlie, was the first time we saw him play golf since that car crash.

Woods was using a golf cart for the majority of the event and didn't walk a full 18 holes at the Ritz-Carlton Golf Club in Orlando.

In an hour-long press conference a few weeks prior to that at the Hero World Challenge, Woods explained his full-time plainy days were over.

Going forward, we expect him to only compete in a few events a year "just like Ben Hogan" towards the end of his illustrious career.

Woods teased us at that press conference explaining how he would love to play the 150th Open Championship at St. Andrews.

Woods may also speak about how his son Charlie Woods is progressing with regards to his golf.

Charlie, 13, impressed again with his performance on the Hurricane Junior Golf Tour at the Disney Junior Open.

Woods, now 46 years old, was also filming some content with Bridgestone this week.

There is a limited field and it is invitation only (obviously).

The defending champion is Max Homa, who snatched victory in a playoff over Tony Finau last time out.

Phil Mickelson was the last player who went back-to-back and won this event.