Who saw what Jim "Bones" Mackay did next to Justin Thomas at The Players?

Jim "Bones" Mackay was so confident that Justin Thomas had hit the green that he whipped the putter from his golf bag within seconds. 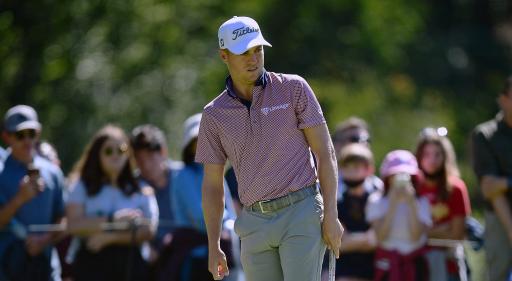 Justin Thomas is one of the best players on the PGA Tour and Jim "Bones" Mackay knew he couldn't turn down the opportunity to caddie for him this season.

Their relationship is clearly one of understanding and cohesiveness since they joined forces in September 2021 and this was never more clear than at The Players Championship last week.

During the third round, Thomas was eyeing up an approach shot at TPC Sawgrass and hit his ball to no more than six feet from the pin. Something we've come to expect from the 2017 PGA champion.

After he hit his shot, Bones immediately whipped the putter from Thomas' golf bag to give to him on their walk to the hole. Bones just knew it was good.

And why wouldn't he? Mackay caddied for Phil Mickelson for 25 years and they won five major championships together. He is one of the most recognisable caddies on the PGA Tour.

@NoLayingUp incredible flex by Bones getting the putter out before JT's ball was even at its apex. pic.twitter.com/lk7L37OIzh

Thomas has played sublimely so far in the 2022 season. He has made four top-10 finishes in seven events which included a third-place finish at Mayakoba.

Bones may not have been surprised at his player's accuracy from the fairway, but nor were we. The 28-year-old is currently ranked ninth in strokes gained approaching the green.

In 2017, Mackay started work as an analyst for NBC/Golf Channel and he still fulfils broadcasting duties around carrying Thomas' bag.

Last week, Thomas was bidding to become the first player ever to defend his title at The Players Championship, but sadly, it wasn't to be.

Despite some impressive golf in the second round in horrific conditions, Thomas finished in a tie for 33rd place on 3-under-par, 10 shots behind Cameron Smith.

Next Page: Cameron Smith: What's in the bag of The Players Championship winner?