Will Zalatoris names comeback date on PGA Tour in 2023

Will Zalatoris has committed to the Sentry Tournament of Champions as his comeback competition after suffering a back injury at the BMW Championship. 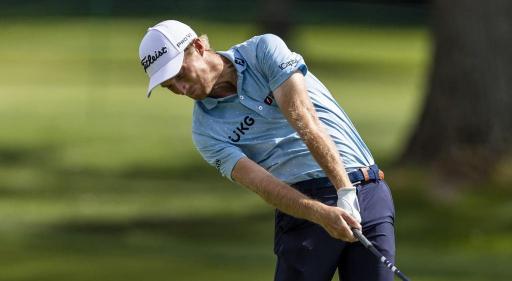 Will Zalatoris was in great shape to challenge for the FedEx Cup title after winning the FedEx St. Jude Championship in August, but this hope came crashing down a week later.

The American completed two rounds at the BMW Championship in Wilmington, but a back injury forced his withdrawal and this also prevented him from making his Presidents Cup debut.

Zalatoris would've entered the Tour Championship at East Lake three shots behind Scottie Scheffler in the staggered start format. Rory McIlroy went on to win the season-finale for the third time and banked $18 million.

The 26-year-old's return is in sight and he has committed to playing in the Sentry Tournament of Champions which begins in the new year on January 5.

Zalatoris' win at TPC Southwind at the beginning of the FedEx Cup Playoffs earned his place in the tournament played at the Plantation Course at Kapalua in Hawaii.

Returning to competition this January, @WillZalatoris is primed for a big 2023. Zalatoris gave fans one of the most electrifying finishes on TOUR winning the @FedExChamp in a playoff to nab his first career @PGATOUR victory. pic.twitter.com/T5GqIhDcmr

After coming second three times last season, including a playoff defeat to Justin Thomas at the USPGA Championship, his maiden win came as a relief and in dramatic fashion.

Zalatoris beat Austrian Sepp Straka on the third extra hole in Tennessee after Straka found the water on the par-3 11th hole. Unfortunately, Zalatoris wasn't able to kick on due to two herniated discs being discovered by his medical team.

The Sentry Tournament of Champions is one of the 13 Elevated Events (including The Players Championship) on the PGA Tour in 2023. The prize purse has been increased to $15 million.

Cameron Smith, now of LIV Golf, is the defending champion of this event from 2021 as he finished one shot ahead of Jon Rahm. He is now suspended by the Tour and ineligible to play.

The field will include PGA Tour winners from last season and those in the top 30 of last year's FedEx Cup points list.