Will Zalatoris has opened up on the decision to part ways with his caddie at the FedEx St. Jude Championship on the PGA Tour. 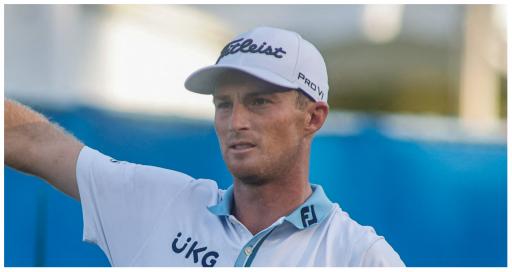 Will Zalatoris, one of the PGA Tour's brightest young talents with a knack for performing well at the majors, has opened up on the split with his caddie.

Zalatoris previously confirmed he was parting ways with Ryan Goble. What was interesting was that the termination of their working relationship came midway through last week's Wyndham Championship.

The 25-year-old has bounced back from an opening 71 at the FedEx St. Jude Championship at TPC Southwind with a bogey-free 7-under 63 on Friday.

Part of that opening round came from some unfortunate luck. Zalatoris lamented that on three occasions he found his golf ball plugged in the sand.

Yet it appears Zalatoris still can't get his former caddie Goble off the mind.

Asked how hard the split has been, he told the media: "It's brutal. Ryan's a brother for life. He's a great friend, he's been there for me since I've been on any sanctioned PGA Tour, or any PGA sanctioned tour. It was time.

"Looking forward, I mean, Joel has been awesome these last two days. I mean, I've told him exactly what I've needed out of him and he's been great. Like I said, Ryan's a brother for life and it just kind of became its time, and I'm lucky to have a guy like Joel [Stock] on the bag obviously."

Zalatoris parting ways with Goble wasn't the only high-profile caddie/player split this week.

Rickie Fowler, one of the PGA Tour's most popular players who has been mulling over a move to the LIV Golf Invitational Series, confirmed before the first playoff event that he was splitting with Joe Skovron.

Skovron and Fowler had worked together since the 33-year-old's debut, some 13 years ago.

Fowler said "it was tough on us both" but said that the parting of the ways was a "team decision".

Anyway, it appears that when Zalatoris and Fowler cross paths with their former loopers in the future, they won't have any tense moments like Jim "Bones" Mackay and Phil Mickelson.

Next page: Watch Jon Rahm make an utterly hilarious par save via the water