We take the latest Callaway wedge for a spin 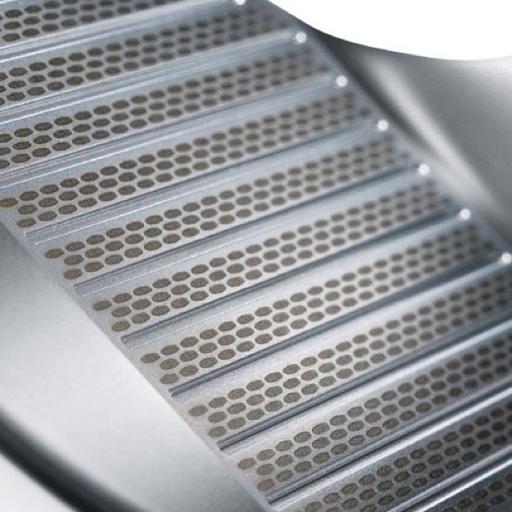 CALLAWAY MACK DADDY 2 wedges made a dramatic impact on the game of Phil Mickelson since being flung in his bag earlier this summer with two consecutive wins at the Scottish Open and most impressively at the Open Championship.

Introduced in late June and designed by wedge maestro Roger Cleveland, the Mack Daddy 2 features larger grooves for more spin, on top of soft, carbon-steel heads for greater feel around the greens and three custom sole grind options for versatility.

While I was mightily impressed with the Callaway Forged offering of 2011, despite it sitting a little too wide at address, the latest addition to the Callaway family - inspired by the X Forged 08 - has surpassed all my expectations.

The new grooves in the Mack Daddy 2 wedges demand plenty of attention. From 56-degree and higher, the MD2 boasts a so-called 5V pattern with wider, more aggressive grooves. Aggressive is the name of the game here. You can really go pin-seeking when inside that 110-yard mark.

FootJoy launch their latest line ahead of the new golf season: FUEL
The Best Peter Millar golf deals to tee off your 2022 season

Testing in the chrome version, I noticed a solar-like panel at address. Everything just appears ready for take-off. I felt ultra confident standing over the ball, knowing I was going to get some zip on the dimples with a clean strike.

Confidence was fuelled further in the spin factor when Callaway told me the MD2 spins more than 25% out the rough in comparison to the Callaway Forged of two years ago. I saw that for myself with my first ever shot with the MD2 at Hersham last week, striking the 56-degree MD2 from 103 yards out the right intermediate behind the pin and back to within three-feet for birdie.

'Sold', I said, walking up to mark my ball, praying my playing partner would tell me to pick it up. He didn't but thankfully I tucked it home.

After several more shots around the front nine, I could see how the new grooves on the MD2 were promoting an incredibly soft feel. I also felt like I could achieve ideal control around the greens with it. I've never been one to pull out a 7 or 8-iron around the green and play a bump and run. I love to get up there and pop the ball on the green. I had complete control of my wedges, and I honestly can't remember the last time I said that.

The lower lofted wedges, from 54- down to 47-degree, also feature wider grooves but with a larger angled draft. All lofts come with enhanced surface roughness and laser-milled micro-grooves for greater clubface-to-golf ball friction.

In addition, the 58- and 60-degree versions of Mack Daddy 2 wedges are available with three custom sole grinds. One is the U-Grind, which Mickelson inspired. It has a concave sole and the tightest radius of the three, which significantly relieves the heel and toe. This allows the leading edge to stay low and under the ball when opening the face to add loft, which is something Mickelson likes to do.

The C-Grind is also relieved in the heel and toe, but the depth of the sole in this version is narrow to help facilitate proper contact and allow the club to perform well in both firm and soft conditions.

As for the third option, which I favoured, the S-Grind is relieved only in the heel and is best suited for slightly firmer playing conditions and for those that prefer hitting wedges with a squarer face.

Out of sand, the Mack Daddy 2 continues to shine. The 14-degree of bounce on the 56-degree wedge I tested gives the player confidence in the ability to attack certain bunker shots — even shortish ones — and impart some serious spin.

The wedge also works well out the rough. I'm not sure I've been able to stop wedges so quickly out of cabbage before.

Rip it and zip it. Everything Mr Cleveland and Callaway say about the amount of spin the Mack Daddy 2 wedges produce is true.

Cleveland has asserted the MD2 wedges produce “roughly 85 to 90%” as much spin as was created by wedges from before the USGA’s 2010 regulations, which curbed the sharpness of wedge grooves, and as I mentioned earlier, up to 25% more spin out of the rough than previous Callaway wedges.

In addition to the grooves, there is a considerable (the maximum allowable by the USGA) amount of rough milling between the grooves, meant to add extra spin. According to Callaway, the Laser Milled Micro Grooves increase surface roughness for more spin and control.

Return of the Mack, indeed. There is no doubt Callaway MD2 will be contending strongly with your Vokey, ATV and 588 this season.

The clubhead might be a little smaller than its rivals but who really cares when the wedge is the easiest club to hit in the bag - or so I'm often told by fellow amateurs. I therefore don't really care about the smaller, compact, forged look at address. It's neat, classy and looks the part. For a ton, it represents decent value for money, too.

For the tennis fans amongst you, all I can really say is that the MD2 offers the equivalent of being able to play those delicate, cheeky drop-shots over the net. It has an unbelievably soft, buttery feel at address, which I imagine is every 'feel' player's dream. Some players might not want to see too much 'pop' off the face but I imagine most of you will.

With proper technique and enough clubhead speed, you'll get a good deal of zip, even from out the rough. But it's not all about backspin as you can play it off the back foot and play some seriously cool links-style shots, particularly with the 52-degree. Versatility is definitely the strongest suit of the Mack Daddy 2 line.

The new grooves in the Mack Daddy 2 wedges demand plenty of attention. From 56-degree and higher, the wedge boasts a 5V pattern with wider, more aggressive grooves.

Testing in the chrome version, we noticed a solar-like panel at address from the laser milled grooves. Everything just appears ready for take-off and we felt ultra confident standing over the ball.

Confidence is fueled further because, according to Callaway, the MD2 spins more than 25% out the rough in comparison to the brand's Forged wedge of several years ago.

Out of sand, the Mack Daddy 2 continues to shine. The 14-degree of bounce on the 56-degree wedge allowed us to splash into the sand and impart some serious check spin on the ball.

This wedge was also very easy to control out the greenside rough.

The Callaway Mack Daddy 2 is very much deserving of one of our golf awards for 2015.

Not only does it spin better than anything else on the market from inside of 100 yards, but it is easy to control around the greens, versatile from a number of different lies and just also happens to look the part with its solar-like panel at address.

There is a lovely 'one bounce, check, release' feel about this wedge.

The clubhead might look a little smaller than some of its rivals but who really cares when the wedge is the easiest club to hit in the bag.

At less than £90 right now, there is terrific value to be had with the Mack Daddy 2.