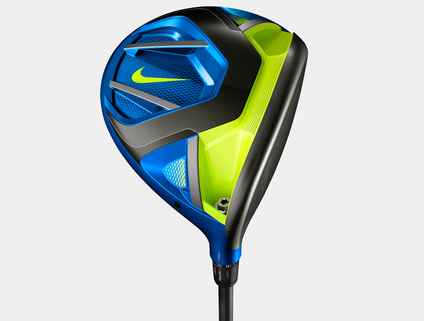 Rory McIlroy threw the Nike Vapor Fly Pro driver in the bag shortly after testing, but while it may suit the four-time major champion, the question is whether you should be sizing it up as a potential new purchase?

We put the big stick through its paces on a media trip at Archerfield, and discovered the driver that hangs out of McIlroy's bag should also be an option for many amateurs.

The 460cc head is more rounded than the Vapor Fly, which gives the impression it is easier to work.

The Vapor Fly Pro has a mildly harsher feel than the Vapor Fly, which gives the impression the golfer has more control over the ball.

The Vapor Fly was generating five to eight yards extra total distance when compared to last year’s Vapor Speed, and the Vapor Pro was giving us around five to 10 added yards. McIlroy is enjoying an increase of 2 to 3mph in ball speed with the new Nike Vapor Pro driver.

While this will appeal to the masses, we were even more impressed by the amount of forgiveness on offer in a driver designed for better players.

“I think every golfer looks for forgiveness to make their bad shots better,” said McIlroy,

“It’s phenomenal to know that when you have a very forgiving driver like this, even if you don’t quite catch it off the middle of the face or put a good swing on it, that it still has a chance to go the same distance and be in the fairway as if you hit a good shot. To have that much confidence in a driver standing over a tee shot is great.”

While forgiveness may not be an attribute pinned to the top of better players’ wish lists, even the best miss the middle of the bat on occasion, and could do with a helping hand.

This driver boasts a more penetrating ball flight than the Vapor Fly, while FlexLoft 2.0 technology gives the golfer the functionality of five lofts at three face angles.

In regard to workability, it offers a decent amount but is not the easiest driver to work on the market right now.

It has a more penetrating ball flight than the Vapor Fly, and offers a few extra yards in total distance. Impressively, there is also an incredible amount of forgiveness on offer for a club designed for better ball strikers.

The Nike Vapor Fly Pro ticks the box for aesthetics, distance, forgiveness, and feel. This is quite possibly the best better-player driver you are not considering.