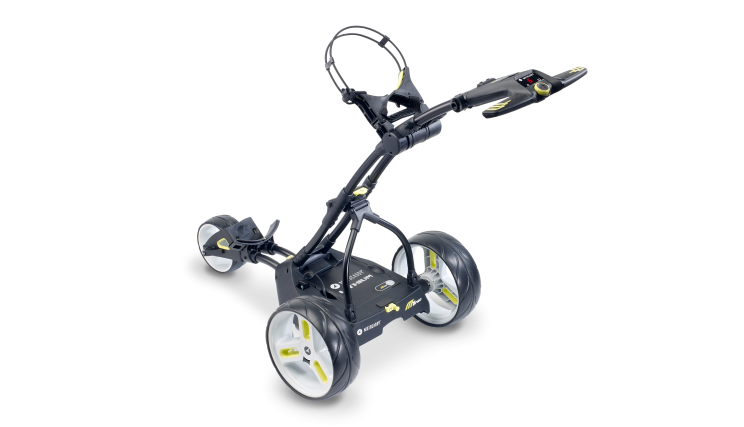 Why would a golfer not want to use an electric trolley? It takes up space in the boot. It’s a task to assemble or transport. The functionality is poor. And perhaps most prominent, it’s too expensive.

Many products at least fall into one of these categories, if not more.

But in the case of the Motocaddy M1 Pro electric trolley, it manages to dodge almost all the pitfalls.

A classic electric trolley silhouette, and not too chunky which we are fond of. It has a luxury aesthetic, and we’d suggest the black model for those golfers that don’t want to spend time cleaning their trolley. 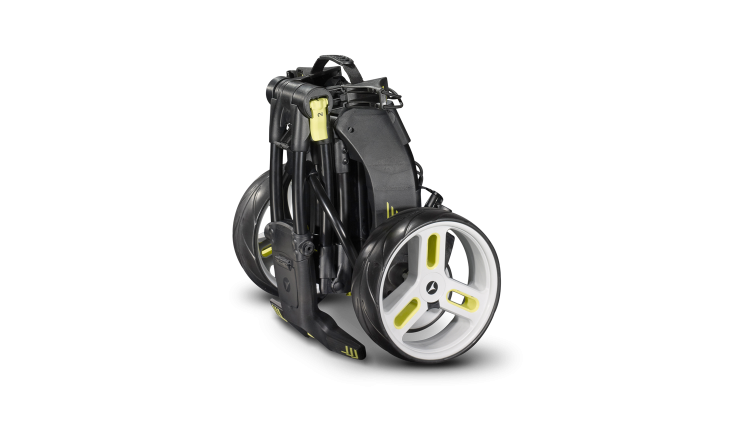 For those golfers that live in the city, space is frequently an issue. GolfMagic’s car is both unremarkable and small, but thankfully we had no issues fitting the trolley and cart bag in the boot, and had some room left over for Mars bar wrappers, empty Lucozade bottles and ripped up scorecards.

That’s thanks to the ingenious design of the Motocaddy M1 Pro trolley, which folds up easily into a small, compact and easy to carry parcel, which the brand says is 40% smaller than traditional trolleys.

Another distinctive plus is the unfold-by-numbers feature, which will help even the most senior of senior golfers get up and running.

Numbers are painted on the trolley explaining in which order to push, pull or twizzle the levers in order to erect the M1 Pro, which allowed us to have it up in a relatively short time at the first time of asking.

There are electric trolleys on the market that are quicker and easier to assemble, but this numbering system makes the process a doddle.

Once out on the course, users will enjoy an efficient performance. A nine-speed dial, with the speed shown on a screen, makes starting, stopping, accelerating and slowing simple, and the ergonomic handles ensure control and a comfortable ride.

A locking system ensures your bag stays in place despite the severity of the terrain – or the severity with which you thrown your club back into the bag.

Motocaddy have added some extras. A USB charging dock and adjustable handle are just two benefits that will win over golfers.

There is also a setting that allows users to send their bag on a 15, 30 or 45 metre trip, which is helpful when you want to shoot it off to the next tee while you finish up on the green.

On to the battery, which the connoisseurs among you will know is the most important cog in this machine.

We had the trolley with the lithium battery, which was relatively light and easy to transport. It charged quickly, and held it’s charge well. As it was a brand new battery, it is hard to tell how it performs after extended use.

A masterful Motorcaddy design. We have the Motocaddy M1 Pro as one of the best electric trolleys on the market, and it comes in at a competitive price, to boot.

It’s small when folded, simple to erect and collapse, and puts in a world class performance on the pitch – not to mention the added extras.

So good, in fact, it will convert bag carries – a notoriously hard headed bunch.