TaylorMade Hi-Toe wedge review: the most versatile of wedges... 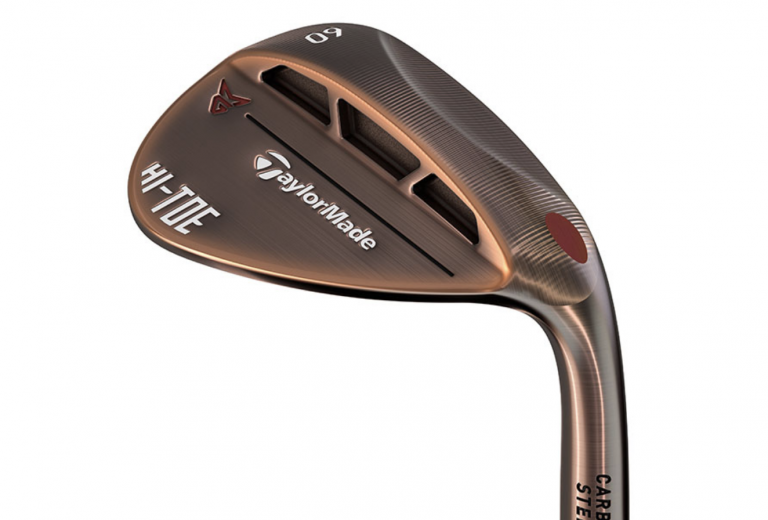 TaylorMade’s new Hi-Toe wedge has made its way into the bags of their top staffers - including Rory McIlroy and Dustin Johnson - so the hype around it has been fevered.

We got to see the Hi-Toe in Los Angeles in mid-December but only had 30 minutes with it, so waited to get a product into the office for a more thorough test.

It’s not the first time a wedge has been elongated like this, but TaylorMade have tweaked the blueprint in order to get max performance.

We had the wedge in 58 degrees at Hadley Wood Golf Club.

The copper finish is epic. The overall design is superb, actually.

It’s obviously a bit odd to look down on the super long toe end, but it didn’t put us off. It actually makes the face look super forgiving, as it's gargantuan.

Score lines right across the face and the long design allows you to open up the club and get excellent performance from all the face.

Particularly coming out of a fluffy lie, this design trumps the standard wedge as you would expect to strike on the top end of the club.

However, from all lies we were mega impressed with performance. The bounce varies depending on your attack, and we got impressive contact and turf interaction no matter if we played with a square or open blade.

Spin levels were good off both full, half and shorter chip shots. We could really crank up the rev rate when we tried.

An excellent option for players that want a versatile wedge that can play a bunch of shots.

Comes into its own when you start opening up the blade, or when coming out of the rough but also performs on standard shots.