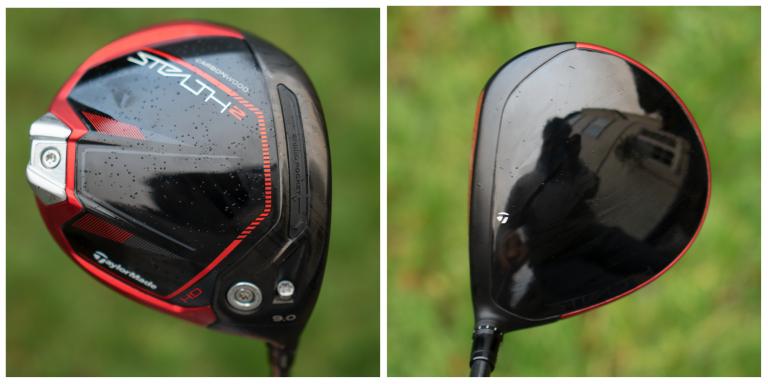 - Improved forgiveness across the entire face. - More solid feel off the sweet spot due to the slightly thicker carbon face.
- Gloss finish down at address will be unappealing for some.
Our score:
Overall:
5
PRICE: £529.00 YEAR: from 2023

TaylorMade announced the launch of their new Stealth 2 driver range this week, continuing their work in the release of groundbreaking Carbonwood drivers.

Stealth 2 drivers combine the speed of stealth with more technological features which intend to add a further layer of forgiveness to your game.

The company has built on the speed-producing process of the original 60X Carbon Twist Face with a new version of Inverted Cone Technology.

The Stealth 2 is TaylorMade's first driver that has more carbon than any other material in terms of volume. More carbon creates more mass that can be relocated and this enabled engineers to increase the total MOI in the Stealth 2 Plus by 9% from the Stealth Plus.

Take a look below at our YouTube review of the TaylorMade Stealth 2 Plus driver and write any comments or questions you may have in the section below the video.

WATCH OUR TAYLORMADE STEALTH 2 PLUS DRIVER REVIEW BELOW

What is the TaylorMade Stealth 2 Plus driver all about?

We learned a couple of things after hitting the TaylorMade Stealth 2 Plus for a month or so. The improvements to this driver should be mostly classed as upgrades and not new features.

We still have the Carbon face, but it is 2g lighter than last year. This 2g has been shaved off the perimeter to make the centre a little bit thicker. An expanded COR and an advanced version of the Inverted Cone Technology means that you should maintain faster ball speeds across the face.

One new element is the Forged Carbon Composite ring that you can see on the sole of the club. This composite ring connects the club together and frees mass which is distributed around the head for maximum forgiveness.

TaylorMade has maintained the Thru-Slot Speed Pocket and the polyurethane nanotexture cover, but these elements have been fine-tuned and not added in 2023.

Which golfer is the Stealth 2 Plus driver suited to?

The Stealth 2 Plus driver is the lowest spinning and the lowest launching drive of the new collection. This makes it suited to lower handicappers and better players who perhaps aren't specifically looking for forgiveness.

If you struggle with getting too much spin on your drives, the Stealth 2 Plus could iron out this issue by producing a low-spinning and low-launching ball flight.

The red in the new Stealth 2 Plus is more tonal compared to the first Stealth design. There is also more red in the head itself with the Forged Carbon Composite ring, but the red is a little more clear and obvious down at address.

Last year's Stealth driver had a matte black carbon finish with a glossy part on the face. But now, the crown is very glossy and the matte design has been moved further towards the face.

As we explain below, the feel from the face is far more solid than in the previous Stealth edition. As the sweet spot is thicker, this explains why the feel is far better in 2023.

The TaylorMade Stealth was a very fast driver, but across the face, we didn't enjoy the ball-striking and we received erratic feedback on the launch monitor.

TaylorMade has made the Stealth 2 Plus more forgiving. The sweet spot is a lot larger, especially by the heel as well and this means we experienced more success across the whole club face.

To aid your performance, you must be custom-fitted for this driver. There is a 15g changeable weight very close to the club face and along with the various shafts you can choose, there are a lot of variables to consider when altering this club to improve your performance.

To begin with, Alex was getting far too much spin on his drives with the TaylorMade Stealth 2 Plus. This is where a custom fitter can manipulate the club's variables to enhance your performance.

After these alterations, we achieved 190 mph in ball speed and averaged 183.8 mph. Our average total distance was 355 yards and the average rpm was 2165.

If you are looking to buy a TaylorMade Stealth 2 Plus driver, don't buy it off the rack for the reasons stated above. You need to get fitted so that this driver's variables can be shaped around your swing.

£529 is a rather large price tag, but not as expensive as the new Callaway Paradym. The Stealth 2 Plus is very forgiving and the springy feeling is very pleasing.

However, if you already have the Stealth Plus, we wouldn't recommend an immediate upgrade. The differences are minimal and club golfers would likely not feel a clear benefit in the new Stealth 2 Plus.

Having said that, we enjoyed the solid feel and connection from the face of this new driver. We also experienced impressive ball speeds and big distances once the club was correctly custom-fitted.