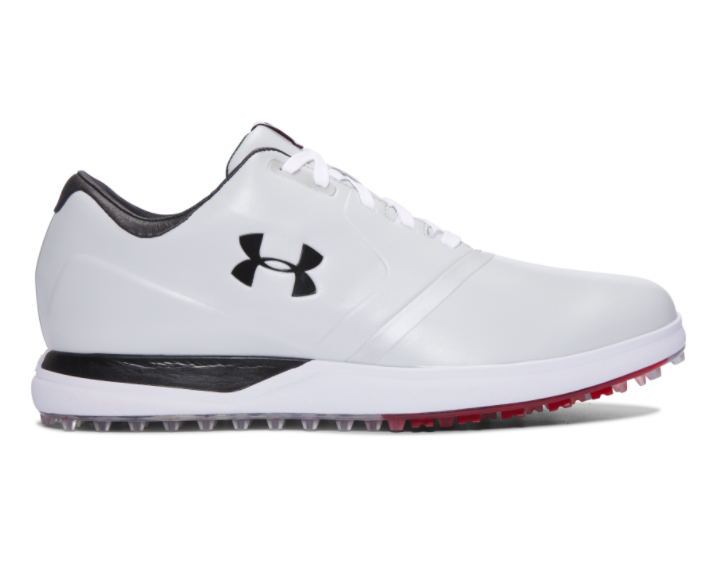 Golfers can generally be split into three camps regarding shoes; spiked, spikeless or those that change with the seasons.

But there is now a fourth camp you need to add; Under Armour Performance SL.

Cleated golf shoes offer maximum performance, rooting the golfer to the ground and offering stability. Hybrid shoes allow players to wear the same shoes on the course and into the clubhouse, and negates the need to bring a change of shoes to the course.

And the new Performance SL shoe? They straddle the lot!

Golf Winter Tip #9: How to improve your bunker... by GolfMagic
Looks

We much prefer the white/cream colour to the all-black version - although some golfers prefer darker golf shoes as they don’t require a wipe down after every round.

Like the overall performance of the shoe, the aesthetic is neither casual nor total performance - it sits in the middle on the spectrum.

Overall, it has a classy, premium aesthetic, which is in line with the entire Under Armour footwear range for 2017.

Under Armour’s Rotational Resistance Traction, which headlines in the Spieth One and Tour Tips golf shoes, is also employed in this spikeless version.

Testing showed Under Armour by placing special traction areas in certain places on the underfoot (shown in blue in the picture) grip can be dramatically increased, for these areas are under great amounts of stress through the golf swing.

In this spikeless shoe, a unique stud pattern was designed - and it’s a piece of genius. Up against a standard hybrid shoe, there’s a massive improvement in grip and stability.

We tested them on a sodden course, which we would usually never have gone near with a pair of spikeless shoes.

Remarkably, we weren’t slipping and sliding around - far from it. We lost a small amount of traction compared to a spiked pair of shoes, but we were confident we could go after our shots without worry of falling off the tee box.

All we can really say is try them yourself - we were sceptical at first, but are now full blown believers.

There’s a decent amount of comfort on offer - my playing partners said they forgot they were wearing them, which is a massive compliment.

They are heavier than your average pair of hybrid shoes, but not weighty enough to cause any concern.

A removable EVA footbed and cork cover will add some bounce to your step.

The Under Armour Performance SL golf shoe sits between a technical spiked shoe and a casual spikeless shoe on the performance spectrum.

Blending the best aspects of both these styles of shoe, it has the grip and stable nature of a spiked shoe, without having any spikes.

For those players that wish they could wear a spikeless shoe but do not because they want more grip and performance, the Under Armour Performance SL will be a revelation.

Head to the Under Armour website for more information.