Graeme McDowell took his name out of contention to be the European Ryder Cup captain in Italy in 2023, leaving the race down to four candidates. 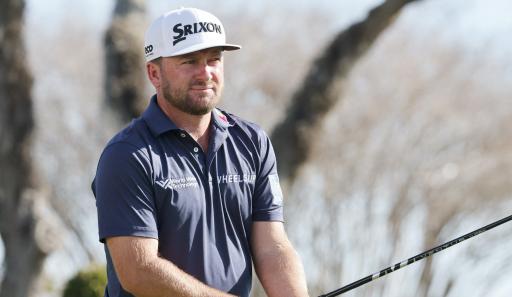 Graeme McDowell has pulled his name out of the running to become Europe's Ryder Cup captain in Italy in 2023.

There had been speculation as to whether the former US Open champion would be considered for the role after being a vice-captain on two occasions now.

But at the Arnold Palmer Invitational, McDowell revealed his desire to prove he can be amongst the top 12 players in Europe and qualify for the team that will face America at Marco Simone Golf and Country Club.

It was unlikely McDowell would be chosen as Paul McGinley told GolfMagic that there were four names being considered: Paul Lawrie, Robert Karlsson, Luke Donald and Henrik Stenson.

"I’m obviously playing with Zach this week, walking around thinking maybe should I throw my hat in and go with him," McDowell said after the first round at Bay Hill, where he shot 4-under-par.

"I just don’t think I’m quite ready. Part of me would love to because part of me thinks, if I don’t take this one, I might not get it, which would be disappointing.

"But I kind of have to put my own individual career first. I desperately want to get back playing consistently well at a high level again rather than maybe taking my attention away and taking the Ryder Cup captaincy.

"Are there 12 better players than me in Europe right now? I’ve got to ask myself that question. If I’m out here doing what I’m doing, I have to say there are not 12 guys better than me, and I’m good enough to make the team.

"To be able to compete at a high level, I have to have that belief. If I take the captaincy then, that belief’s not there. It makes it hard for me to compete.

"That’s sort of what the decision’s got to come down to. I’d love to be captain one day, but if I don’t take it this time, I’m well aware that I might miss, which would be disappointing."

McDowell, as well as being a four-time winner on the PGA Tour and a major champion, has represented Europe on four occasions. At the 2010 Ryder Cup, he famously clinched the decisive winning point at Celtic Manor.

The Northern Irishman was a vice-captain at Whistling Straits at the event last year when Europe were destroyed 19-9.

It is worth considering that in 2027, the Ryder Cup will be visiting Adare Manor in Ireland. This could be a suitable year for McDowell to take up the captaincy reins.

Earlier this week, Zach Johnson was announced as the American Ryder Cup captain for next year.

Next Page: Paul McGinley on Phil Mickelson: "He's a big boy, he can look after himself"