There are plans to build over 1,000 homes and a Ryder Cup golf course at Hulton Park in Bolton, but the initial proposal received large opposition. 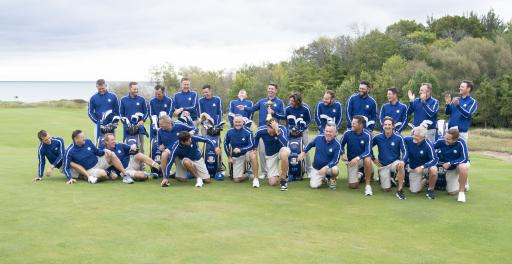 The Hulton Park development in Bolton, which will include a Ryder Cup venue, has been recommended for approval for a meeting to take place on January 20.

Peel, the developers of the plan, want to undertake work on the green belt land between Bolton and Westhoughton.

As reported by the Manchester Evening News, the plans are set to include over 1,000 homes, an 18-hole championship golf course, a primary school, holiday accommodation, a hotel, a conference centre and a village hall.

However, the initial public consultation of the plans was met with 589 letters of objection. Westhoughton Town Council also objected, saying that the plans will create highway congestion problems.

Westhoughton Town Council also expects Peel Holdings to fund schools, doctors and staff if the infrastructure is to be built.

The current proposals, however, are a refinement of previous plans. Pell say they have rescued the number of homes which will be built on green belt land and they have included more community facilities.

"There remains a particularly strong and unique case for the grant of planning permission," the summary states.

"This case is stronger for the proposed development than it was for the consented scheme and reaching an overall conclusion that the cumulative benefits that would arise because of the development would clearly and significantly outweigh all harm identified.

"The proposals would have a positive and transformational effect on Bolton and the wider Greater Manchester region, and it is a genuinely unique opportunity to secure long-lasting and wide-ranging benefits."

Those who opposed the plans in the initial public consultation are expected to attend the planning committee meeting next week to discuss the refined plans of Peel.

"We are delighted to see that Bolton Council’s officers see the overwhelming benefits of our planning application," said Richard Knight, Peel's director of planning and strategy.

"We strongly believe that our vision for Hulton Park will create a sporting centre of excellence, not only bringing the Ryder Cup to Bolton but also developing a new generation of golfers and making the sport more accessible."

NEXT PAGE: KEVIN NA MISSES CHANCE OF 59, BUT STILL LEADS SONY OPEN AFTER ROUND ONE