Tiger Woods will be involved in Ryder Cup, says US captain Zach Johnson

US Ryder Cup captain Zach Johnson revealed that Tiger Woods is already involved in their side's preparation for the matches set to take place in Rome in 12 months' time. 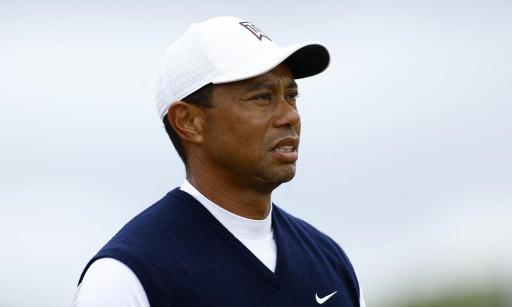 15-time major champion Tiger Woods will be involved in the Ryder Cup for Team USA according to American captain Zach Johnson.

Speaking in Rome at an event with Luke Donald marking a year until the 44th Ryder Cup, Johnson revealed that he will rely upon Woods and his wisdom, but couldn't say in what capacity the legend would be involved.

As we know, a regular schedule on the PGA Tour is out of the question for the 2019 Masters winner. He only makes fleeting visits to the circuit with his next one likely to be at the PNC Championship with his son Charlie, who has an identical swing to his father.

Woods made eight appearances at the Ryder Cup for America and he was a vice-captain in 2016. In 2021, he told Steve Stricker's side to "step on the necks" of the Europeans as they romped to a record 19-9 win at Whistling Straits.

An outside role in decision-making for Woods wouldn't be uncommon and Johnson confirmed the 46-year-old's passion for the event hasn't dwindled despite being sidelined for most of the last 20 months by a serious car accident in February 2021.

"He will be a part of this team in some capacity - he already is, frankly. I can't put this mildly, he loves the Ryder Cup. He has made it a priority. He's gone through some things as of late that make it difficult. But he wants to be a part of it as best he can, " said Johnson.

"He's very much going to be relied upon. He is very calculated when it comes to these team events - he puts a lot of energy and effort into them, whether it's phone calls, FaceTime, or just text messages for those he hasn’t been at.

"I remember in 2016 when he was the vice-captain and he fully embraced his role. I will rely upon him, and not only myself but some of the players. He's very much a part of Team USA. He is extremely passionate about the Ryder Cup, and it shows in a number of different ways."

America hasn't won an away Ryder Cup since 1993, but the current quality and depth in the US side of this generation could have Europe on the ropes again at Marco Simone next year.

The US Presidents Cup team that beat the Internationals at Quail Hollow boasted 11 of the top 17 players in the world, without counting Will Zalatoris who is currently ranked seventh.