Brooks Koepka WITHDRAWS from US Open

World No.8 Brooks Koepka has announced he has withdrawn from next week's US Open at Winged Foot. 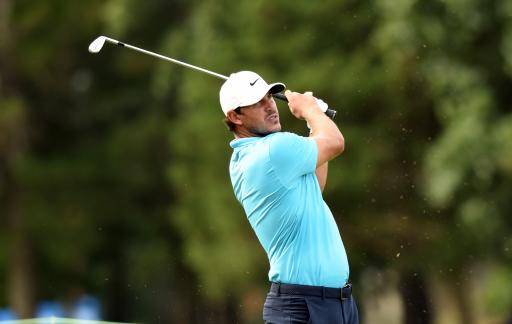 Brooks Koepka has announced on social media that he has withdrawn from next week's US Open at Winged Foot.

A serious knee injury sidelined the four-time major champion for three months last season, whilst Koepka also needed on-course treatment to a hip injury during his defence of the PGA Championship last month, where Collin Morikawa went on to win his first major.

Koepka was ranked 97th going into The Northern Trust, where the top 70 would then procede to the next FedExCup play-off event, the BMW Championship, but the 30-year-old was forced to withdraw due to injury, ending his rather disappointing campaign on the PGA Tour.

Before withdrawing from The Northern Trust, Koepka had played six tournaments in a row, where he missed the cut in half of them and recorded his best finish with a T2 in the WGC-FedEx St Jude Invitational.

"Unfortunately, I have decided to withdraw from next week's U.S. Open. I'm looking forward to getting healthy and competing at 100% again very soon," said Koepka on social media.

Unfortunately, I have decided to withdraw from next week’s U.S. Open. I'm looking forward to getting healthy and competing at 100% again very soon. pic.twitter.com/Mukh8oKUEJ

Koepka won back-to-back US Open titles, first in 2017 at Erin Hills, before he lifted the trophy again a year later at Shinnecock Hills. Last year, Koepka almost pulled off a threepeat, but fell short to Gary Woodland at Pebble Beach.

The US Open was originally scheduled to take place June 18-21 but due to the ongoing issues surrounding the coronavirus, the tournament was pushed back to September 17-20.