Bryson DeChambeau opened in his week at the US Open with a 73 on Thursday at Torrey Pines, so the World No. 5 got stuck into practice after his round. 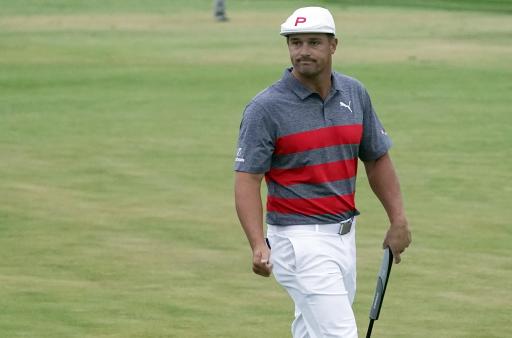 No matter what your opinion may be of Bryson DeChambeau, there is no doubting his work ethic and his determination to improve as a golfer.

We have all seen him build his muscles through relentless gym work, which has led to him becoming a major champion and winning a number of other PGA Tour events too.

After his first round at Torrey Pines on Thursday, DeChambeau went back out on to the driving range and hit balls until the sun went down and there were some great pictures captured of the big-hitting American grinding away.

Last man on the range. pic.twitter.com/ycyZLRTNrf

As you can see, the World No. 5 has an incredible work ethic and these sort of pictures are great examples for golfers who want to make it as a professional player.

The defending US Open champion carded a 2-over-par 73 on day one of the tournament, which puts him six shots behind co-leaders Louis Oosthuizen and Russell Henley.

RELATED: BRYSON DECHAMBEAU JUMPS BEHIND BROOKS KOEPKA DURING INTERVIEW AT US OPEN!

The 27-year-old made six bogeys and four birdies on a day that was delayed by thick fog in San Diego. Although he couldn't shoot a round under par on Thursday, DeChambeau is still in contention.

There were many eyes on DeChambeau this week at the US Open, as he and Brooks Koepka have gone through a feud in recent weeks that began at the PGA Championship.

The eight-time PGA Tour winner is due to begin his second round at Torrey Pines at 3.29 pm (BST), looking to improve on his first-round score.

NEXT PAGE: GOLF FANS REACT AS XANDER SCHAUFFELE DOES PUSH-UPS ON THE GREENS AT US OPEN