Kevin Na and Grayson Murray will be re-united at the U.S. Open at Brookline Country Club this week. 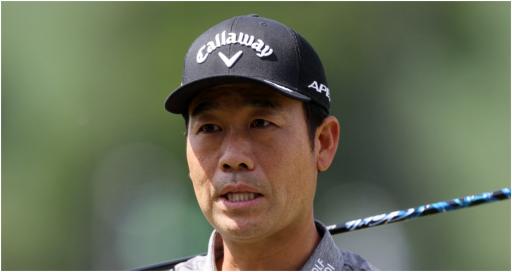 Perhaps the USGA are blisfully unaware that golf's spiciest rivalry of 2022 is between LIV Golf rebel Kevin Na and the polarising figure of Grayson Murray.

Or perhaps they knew, and simply just chose violence. If you were unaware, there is no love lost between Na, 38, and 28-year-old Murray.

Murray has taken to social media to point out that his locker at Brookline Country Club for the third major of the year is directly next to Na's.

If we can just refresh your memory, things turned a little bit nasty between the pair way back in January at the Sony Open.

A golf reporter pointed out that watching Na "walk in putts" never gets old, to which Murray pointed that the American's pace of play could be sped up just a touch.

"Watching Na take several minutes to putt them does get old," he wrote.

Na, not content to let it slide, had to fire back. The six-time PGA Tour winner pointed out that he enjoyed watching Murray miss cuts.

Of course, there was more back and forth. When the pair played the Mexico Open at Vidante a few months later, it appeared that things almost got physical.

Murray claimed that Na was unhappy that he wasn't directly "tagged" in a post. Murray, reportedly, claimed that if it weren't for other people present we would have "dropped his a**" right there and then on the range.

Na later claimed that this wasn't entirely how things went down, but refused to comment further.

Murray took one final dig at Na after it was announced that he was resigning his PGA Tour membership to go and play the Saudi-funded LIV Golf series.

Murray said that Na "won't be missed". He added that rounds on the PGA Tour "just got 20 minutes faster".

Perhaps we might need to have security in the locker room when these two are about.

It could end up being a spicy week.

Next page: Rory McIlroy hits out at wedge critics after winning in Canada