Rory McIlroy believes that greens books have made players lazy and they take away the natural skill of reading greens. 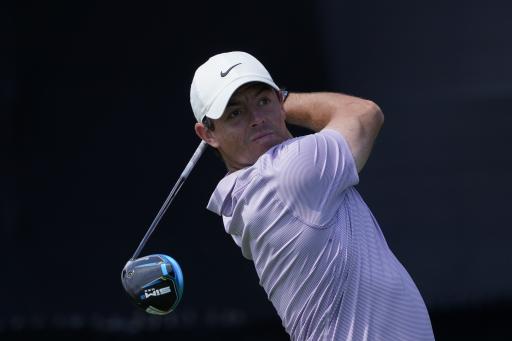 Rory McIlroy wants greens books to be banned from the PGA Tour because they make players "lazier" and they take away the skill of reading greens naturally.

The Northern Irishman is the chairman of the Player Advisory Committee and the issue was discussed at a recent meeting. There are also various reports in America that suggest greens books could be banned, following the example of Augusta National.

Speaking ahead of the US Open which begins today, the four-time major winner believes that green-reading books should be banned for "the greater good of the game."

"What I can say, I think, is that I use a greens book, and I'd like to get rid of them," said McIlroy.

"I think everyone is in the same boat, most guys on Tour are in the same boat, that if it's going to be available to us and it helps us, people are going to use it, but I think for the greater good of the game, I'd like to see them be outlawed and for them not to be used anymore.

"It's just taking away a skill that takes time and practice to be mastered. I think reading greens is a real skill that some people are better at than others, and it just nullifies that. It nullifies that advantage that people have.

"Honestly, I think it's made everyone lazier. People don't put in the time to prepare the way they used to, and that's why you see so many more players at Augusta, for example, take their time around the greens, hit so many more putts, it's because they have to. It's because there is no greens book at Augusta."

This issue with greens books comes at an interesting time as only last month, distance measuring devices were allowed to be used on the PGA Tour for the first time ever during the PGA Championship.

McIlroy is an extremely popular player on tour and his honesty and opinionated views are always refreshing to hear when he speaks to the media.

The World No. 11, who took the week off during the Palmetto Championship, heads to Torrey Pines this week in an attempt to win his second US Open and his fifth major title.

NEXT PAGE: ENGLAND FOOTY ACE REVEALS HOW GOLF INJURY FORCED HIM OUT OF SCOTLAND GAME