Bryson DeChambeau had an interesting story for SiriusXM as he appeared on the golf radio show in the build up to this week's PGA Championship. 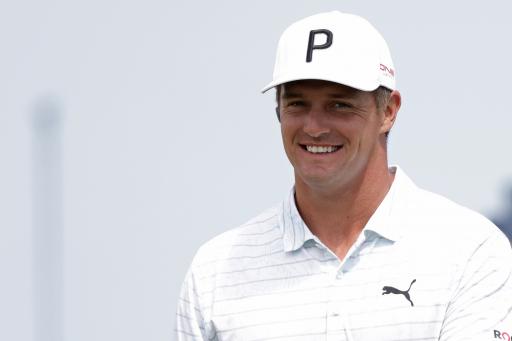 Bryson DeChambeau is known by many as the Mad Scientist, typically for his scientifc way of thinking about golf and how he goes about his game, but perhaps now there is a new reason.

The reigning US Open champion will attempt to add a second major trophy to his cabinet this week at Kiawah Island's Ocean Course for the PGA Championship and in the build up to the tournament, DeChambeau appeared on the PGA Tour SiriusXM Radio Show.

DeChambeau was speaking in detail to co-hosts Gary McCord and Drew Stoltz about a recent experience with his instructor Chris Como and his friend Adam Hurley, where during the pandemic last year, the trio believe they saw UFO's from DeChambeau's garden in Texas.

It's the Monday of PGA Championship week! Naturally, Gary McCord and Drew Stoltz talked to Bryson DeChambeau about that one time he saw UFO’s.@thesleezyman | @b_dechambeau | @ChrisComoGolf | #GaryMcCord | #UFOs pic.twitter.com/dLzRTLBGAy

"I was looking outside and not even kidding we were looking up at the sky," DeChambeau explained "...and Adam was like ‘what the heck is that?!’ and we were all like what do you mean?

"For about 15 minutes we were just sat watching these things move across the sky. They were floating and we thought it’s got to be an air balloon or something. It was silver and metallic, it had a top and a bottom to it.

"We all saw it, we all caught it and it was three silver metallic disks. They were all moving in a triangle shape and they kept floating to the right and then all of a sudden one didn’t move as the other two moved away and they went further and further to the right more towards the east and from about 15 - 20 minutes in they started moving back the other way.

"We were out there for just under an hour looking at these silver metallic disks going what the heck is this and they didn’t do anything crazy they were just floating and so we went inside and came back out about five minutes later and they were gone. You couldn’t even see them. They were there for almost an hour and then all of a sudden just disappeared."