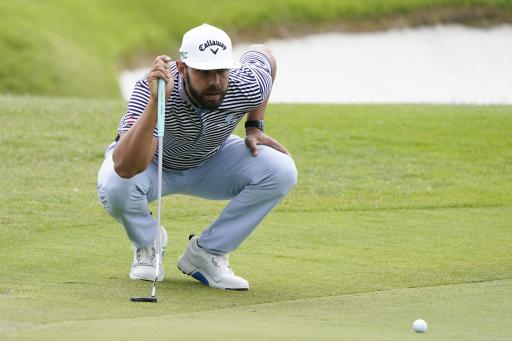 Erik van Rooyen has apologised for his "out of character" tantrum at the US PGA Championship last week where he was seen smashing up a tee marker following a water ball at the par-3 17th.

The South African struck the tee marker with his club not once but twice, and very nearly took out Matt Wallace's caddie Gareth Lord in the process - WATCH HIS SHOCKING STROP HERE

So much so, Lord refused the offer of a handshake with van Rooyen on the 18th green.

But despite being heavily criticised by golf media and golf fans for his actions, and rightly so, Van Rooyen to his credit has since taken to social media to reflect on his behaviour and has issued an apology to all concerned.

"I have been quiet on here whilst I have done some reflecting," read a note from the 31-year-old South African on Twitter.

"My actions at The PGA Championship were unacceptable.

"I would like to apologise to my team, my sponsors, the PGA of America and the fans for letting you and myself down.

"It was totally out of character and it should not have happened.

"I will learn from this and do better."