Green speeds: What's the QUICKEST green you have ever putted on?

As the summer approaches, golfers across the country will have to adapt to fast and drying green surfaces. 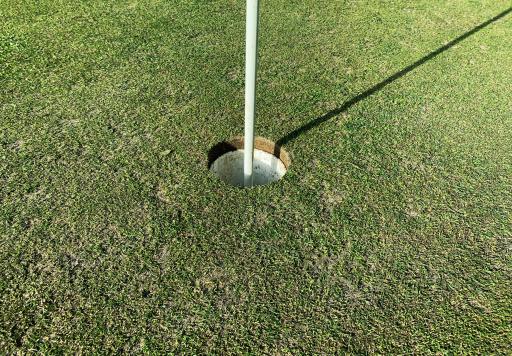 After months of winter golf with soft and wet greens, players across the country must now take on dry and fast greens as the summer approaches.

Putting is often an area where amateur golfers come unstuck, especially if they are playing on a course where the greens are particularly quick and difficult to putt on.

Golf courses in the United States tend to have quicker greens than the UK because of the type of grass and weather conditions, but as GolfMagic showed earlier on Instagram, you aren't safe anywhere in the summer.

Green speeds are measured using a stimpmeter, which is a term often used on broadcasts of professional golf events but is not always understood by the public.

A stimpmeter is a ramp-style device with a notch and a golf ball is placed into this notch. Gravity will pull the ball out when the device is gradually raised to a 20˚ angle.

For some context, the England Golf Union judge "slow" to be 0 to 6 feet, "medium" as 6 to 8 feet and "fast" as 8 feet or above. They advise that regular members' clubs come under the "medium" category.

The average green speed on the PGA Tour is about 11 or above, which is significantly quicker than a regular golf club.

One event that has always been associated with fast greens is The Masters and we have seen many players over the years struggle on the putting surfaces at Augusta National.

Although the famous club has always forbidden the Georgia State Golf Association from rating their greens, it is suspected that greens speeds have peaked at 15 before which is staggeringly fast.

There are many variables that can make putting surfaces difficult to play on, but it is fair to say that fast greens are dreaded by golfers around the world.