Montgomerie course at The Celtic Manor

'Such a disappointment ...I only played eight holes' says John Tonner before flouncing off to the bar for a herbal tea. 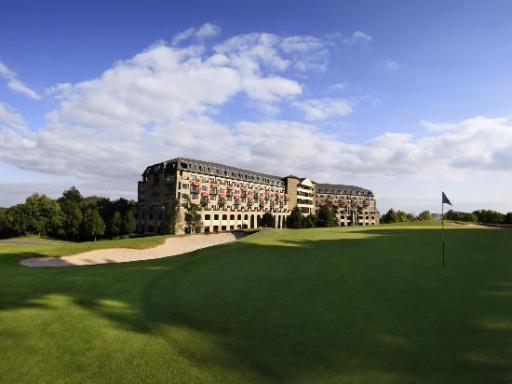 I HAVE been very fortunate to have had the privilege of playing golf with both Colin Montgomerie and Lee Westwood, respectively in the Wales Open Pro Ams of in 2003 and 2004. On both occasions we played over the Wentwood Hills Golf course at The Celtic Manor resort, which I believe to be an outstanding golf challenge.

We all heard with great excitement that The Celtic Manor won the honour of hosting the 2010 Ryder Cup and as such, the complex was going to design a new course - the first to be created specifically for the event.

Time passed and my friends in Wales told me the 2010 course was ready for play as was the re-designed course, re-named the Montgomerie, featuring some of the original holes from the Wentwood Hills and Coldra Woods academy courses.

(The Celtic Manor website describes it as 'measuring 6,371 yards with a par of 69.' It continues: 'The front nine takes as its framework the starting and closing holes of the old Wentwood Hills championship course which were not part of the plans for the new course for The Ryder Cup. The back nine has been created on land that previously housed the 18-hole Coldra Woods academy course.')

So this year my lady booked to play the Montgomerie as part of my gift to her for her birthday. We were looking forward to the round so much as I had told her about my experiences on Wentwood Hills.

However, it proved a great disappointment and not what I expected, though The Celtic Manor is one of the finest resorts in the UK.

The course starts with a shorter par-4 than the original of Wentwood Hills layout, which unfortunately makes the hole a drive and a flick with a wedge, even for this 10 handicapper. The new second hole is a nondescript par-3, which again does not challenge you, while the third - once was a glorious par-5 - is now a foreshortened with no teeth.

After a really long walk we eventually came to the par-3 fourth - Wentwood Hills original 14th - which remains a super hole.

Though I don't want to keep on criticising the course, because I'm sure many will play it and enjoy it for what it is, but it used to be so much more. We never played past the eighth hole such was my disappointment, even though I played to scratch for the first seven holes.

Am I the only one who considers this course, to which Monty has given his name, only a passable test? The Wentwood Hills original gave me a bigger challenge, was magnificent and had more of a bite.

Have you played the Montgomerie course? Did you find it less of a test than your expected? Tell us on the forum.