LIV Golf's Cam Smith went straight to the pub after thinking he had missed the halfway cut, but then he realised he made it! 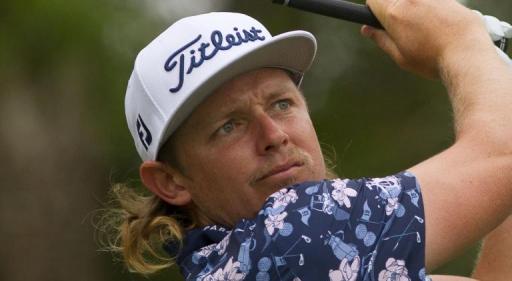 LIV Golf's Cam Smith was "beers deep" down the pub after thinking he had missed the halfway cut at the Australian Open in Melbourne on Friday afternoon.

A second-round 73 left him at 2-over par in the DP World Tour event, and well outside the cut mark when he finished his round.

Smith called it a "rubbish" round, and so headed straight down the local to forget about it.

But while Smith was tucking away pints, those still out on the course at Victoria were finding it tough to tuck away pars as the breeze picked up.

Smith soon received news from his team that he indeed was about to make the 36-hole cut.

It was time to order some water.

"I wasn't really expecting it to be honest," said Smith.

"I was pretty quick to the pub, and yeah, was probably a few too many beers deep and then I realised we had an early tee time, so I got back on the waters and was a good boy the rest of the night."

Smith went on to shoot an improved 1-under 69 in round three but he would ultimately miss the 54-hole cut by two shots.

Poland's Adrian Meronk went on to collect his second career DP World Tour title with an emphatic five-shot victory over home favourite Adam Scott, who somewhat disappointed in the final round when holding a one-shot lead to start the day.

Smith was very much on the beers, with no tee time the following day, following his third Australian PGA Championship victory the weekend previous - WATCH SMITH GIVING IT LARGE HERE

Despite picking up his fifth win of 2022, the Open champion who is now a LIV Golf player remains in third place in the OWGR.

Smith calls missing out on moving to World No.1 as "a bit of a pain in the bum".

Yesterday, an interview appeared in the Irish Independent with Rory McIlroy revealing how he has wanted to become "as much of a pain in the a**e" of LIV Golf CEO Greg Norman as possibel.

Next Page: Charlie has no time for JT's needle at Hero World Challenge