Collin Morikawa snubs Saudi-backed league: "What are they waiting for?"

Collin Morikawa has given the clearest indication yet that he will be playing on the PGA Tour and not the rumoured SGL. 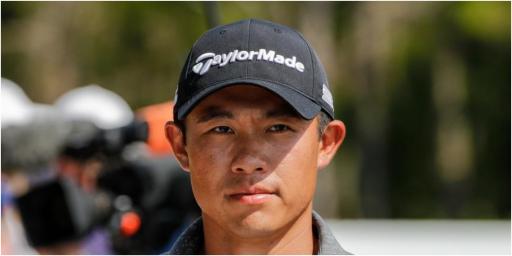 Collin Morikawa has revealed he is "all for the PGA Tour" amid speculation 17 players have agreed to join the Saudi Golf League.

The world number two was one of several high-profile players who headed out to Saudi Arabia to play the Saudi International earlier this year.

And despite golf's elite stars allegedly being offered multimillion dollar deals to jump ship whilst there, it appears Morikawa has snubbed the offer.

Morikawa faced the media ahead of the Genesis Invitational, hosted by Tiger Woods at Riviera, and was forthright in his responses.

"I've thought about playing against Tiger, beating his records, whatever, something that might not even be breakable, but I've never had another thought of what's out there, right? I've never thought about anything else, it's always been the PGA Tour.

"Has [the rival league] opened up things for us as professional golfers, to open up things for the PGA Tour to look at what to do better? Absolutely.

"We've seen a lot of changes—some good, some bad, some that are still going to be amended I'm sure as time goes on.

There are a number of players who are said to not be taking part in the Saudi Golf League. That list includes Woods, Rory McIlroy, Jordan Spieth, Justin Thomas and Brooks Koepka who have declared their allegiances.

Just this week it was rumoured Bryson DeChambeau will play no more PGA Tour events. A rumour he was quick to deny on social media but cryptically didn't elaborate. "Any news regarding my health or playing schedule will come directly from me and my team only," he said.

Money talks. Morikawa did admit that he would have considered this rival league more if he was provided more answers.

"We've all heard rumors of this date, this date, in the future—I'm ready for it. Why not, right? Like we'll call them out, like what are they waiting for?

"I don't know. I saw something this morning that said someone had an interview with a player and there's other things said about players signing up.

"There still have been no names. Once again, we go back to evidence, right? Can we see concrete evidence of what's going on?

"If we can, then people can make decisions. It's an unknown, it's a hidden thing. For me, it's not enough."