Rory McIlroy carded a level-par opening round on day one of the HSBC Abu Dhabi Championship on the DP World Tour on a day of low scoring. 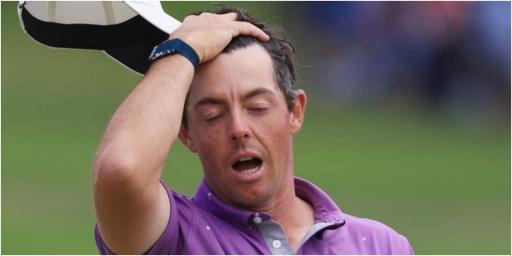 Rory McIlroy spent the earlier part of this week fielding questions about where he feels mentally.

The answers were typically straightforward and unflinching, as if often the case with the 32-year-old Northern Irishman.

He explained how he felt he had turned a corner after the Ryder Cup and said "being me is enough" after his CJ Cup win on the PGA Tour.

Elsewhere, he explained how he had ditched his quest for distance after trying to emulate Bryson DeChambeau's swing and ball speed.

Now it seems he is trying to copy Tiger Woods in trying to be a more restrained golfer.

"I'll certainly pick and choose my spots where I can take advantage of the driver and hit it, but the best player of the last 30 years, Tiger, he picked and chose where he hit driver, and he played a very, very controlled game.

"It didn't work out too badly for him.

"I'm not saying that my game compares to his in any way, but there are certainly aspects of what he did so well in the past that I would obviously love to put into my game."

So, it's not all about brute force then. But Yas Links in Abu Dhabi for the HSBC Championship is a different animal.

Judging by the scores on day one, it's very, very gettable. Ian Poulter birdied five of his first six holes.

Viktor Hovland showed us what will make him a seriously good player for years to come.

Scott Jamieson signed for a bogey-free, 9-under 63 on the par-72 layout for the clubhouse lead.

McIlroy, though, finds himself considerably off the pace after his first 18 holes.

A level par 72 for McIlroy is underwhelming, in a part of the world where he usually starts very, very fast.

Three bogeys on his front nine were accompanied by two birdies to make the turn at 1-over in 37.

He found birdies at 13 and 14 before making bogey an frustrating bogey 18.

So the grand plan for McIlroy is not working. Not quite yet. There is work to do.

Leaderboard at 11am GMT