Take a look at this collection about to drop. 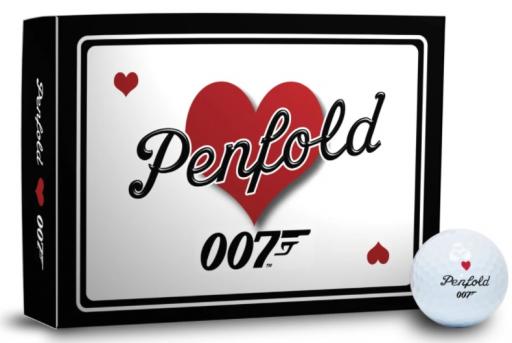 If you're a James Bond fan then you could take a little piece of memorabilia out on the course with you.

Penfold Golf have released a special 007 ball to coincide with the release of the latest film No Time To Die from the franchise.

It is Daniel Craig's last time playing the famous character in the 25th movie which made its way to the theatres last weekend.

The manufacturer also made the ball that Bond used in his match against Auric Goldfinger in the 1964 classic "Goldfinger".

The Penfold Heart ball made its way to the big screen with the famous match played at the fictional St. Marks, which was filmed at Stoke Park.

Asia's richest man bought the club for £57million in April this year.

At this time their golf ball was also used by Gary Player and the popularity of the brand skyrocketed.

Seve Ballesteros also used a Penfold Tradition when he won the 1979 Open Championship.

The partnership will see the release of the ball in November, featuring a special-edition 007 Penfold Heart ball with the 007 logo.

This collection will also include balls, tees, towels and ball makers.

"The Penfold Golf and James Bond partnership has been almost 60 years in the making: since the famous 'Goldfinger' round, which is regarded as golf's most iconic silver screen moment," said Gavin Perrett, CEO, Penfold Golf.

The collection will be available on their website from November.

NEXT PAGE: RAHM AIMING TO EMULATE A BIT OF TIGER WOODS HISTORY