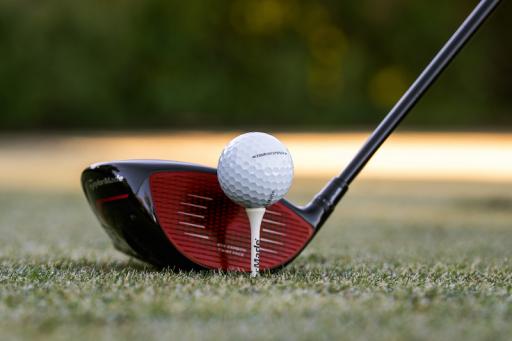 Whether it’s the 100-per cent cast urethane cover in Tour Response or the Extended Flight Dimple Pattern in Soft Response, TaylorMade has continuously provided high-level innovation in both three-piece golf ball offerings.

This tour-proven technology, found in TP5 and TP5x, has been added to Tour Response for the first time. With the addition of the new dimple pattern, Tour Response still retains a soft feel and 100% cast urethane cover.

Related: PGA Tour pro to donate $500 for each birdie at Valspar after fatal car crash

With the addition of the Tour Flight Dimple pattern, Tour Response technology now exhibits even more technology that is in the TP5/TP5x golf ball players like Rory McIlroy, Dustin Johnson and Collin Morikawa.

Tour Response is engineered to respond to the individual non-tour golfer’s game with a 100% cast urethane cover for significantly added greenside spin and better feel vs. ionomer.

The 2022 Tour Response ball also features a low 70-compression design with a Hi-Spring core made for pushing the boundaries of ball speed in a soft feeling golf ball.

In addition to the all-new Tour Response, TaylorMade introduces its latest innovation in visual alignment technology with Tour Response Stripe.

By drawing inspiration from the revolutionary pix design with ClearPath Alignment technology, TaylorMade engineers brought groundbreaking 360° alignment to Tour Response, making it the easiest golf ball to align TaylorMade has ever created.

This next-gen visible technology of Tour Response Stripe is a 22-millimetre digital band that wraps around the centre of the golf ball to help aim putts better, faster and more consistently.

The multi-colour design of Stripe not only creates better alignment but also can’t miss feedback on the quality of the roll of each putt.

With increased softness from cover to the core, Soft Response is the softest ball in TaylorMade’s arsenal, designed to give amateur golfers an enhanced feel while maintaining ball speeds and distance.

Soft Response is designed for moderate swing speed players with a new, softer core and a re-engineered ionomer cover for added greenside spin.