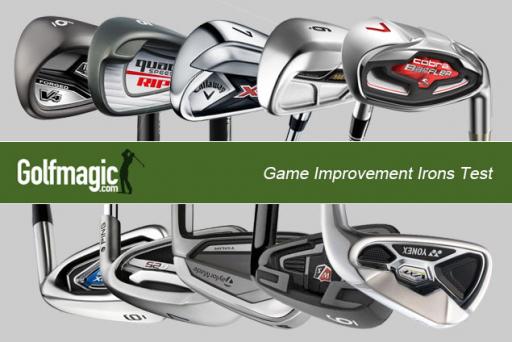 The test was carried out over a single afternoon at the World of Golf driving range in Wimbledon by products writer Andy Roberts and associate editor Alex Perry.

We selected our ten brands, within the price range of £200 and £600, and used a steel-shafted 6-iron to hit ten shots with each. We then marked each out of ten for appearance, feel and performance. (Andy and Alex both scored separately without consultation and the score presented for each iron is an average of the two.) This generated an overall score out of 30 and the overall scores and conclusion can be found on the final page of the feature.

With each iron, we have provided details of set price, loft, lie angle (angle between centre of shaft and sole), length, swing weight (measure of how the weight of the club feels when you swing it), shaft and grip.

The test is carried out in no particular order - other than the order in which we tested them, which was completely at random.