The 30-year-old Englishman is three shots back but it's tight at the top. 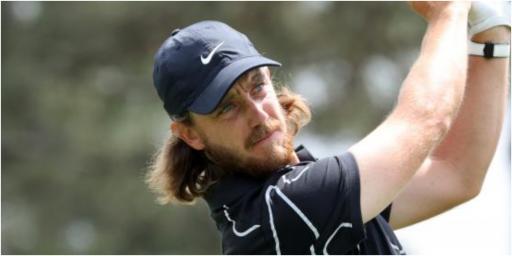 Tommy Fleetwood is within striking distance to claim the Aviv Dubai Championship but it's tight at the top after three rounds.

The Englishman is three strokes behind the leaders after 54 holes after firing a third round 4-under 68 at Jumeirah Golf Estates.

Fleetwood, 30, made hard work of his round after making his first bogey in 17 holes on the par-3 third hole.

Another dropped shot followed at the eighth on the Fire Course to make the turn in 2-over par.

But a blistering back nine was to come. Six birdies. No bogeys. Back in contention.

Fleetwood is a former Rolex Series winner and is looking for his sixth European Tour victory in the penultimate event of the year.

Another 67 was signed for as the sun set on what is to become the home of the DP Tour World Championship in 2022.

What was all the more impressive was the Dane went 61 consecutive holes without a bogey this week.

That came to a frustrating end when at the par-4 15th.

MORE: HYBRID VERSUS DRIVING IRON, WHAT IS BEST?

He shares the lead with Italy's Francesco Laporta at 18-under par with defending champion Antoine Rozner, from France, one behind.

Australia's supremely talented Min Woo Lee, also a Rolex Series winner, is also in the hunt at 16-under, just like Fleetwood.

He chipped in at the 13th on moving day.

NEXT PAGE: WOLFF OPENS UP ON MENTAL HEALTH BATTLE