The first of back-to-back events in Dubai at the Jumeirah Golf Estates, but who do we fancy to win? 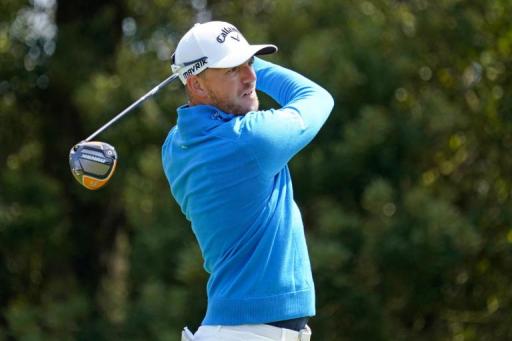 The European Tour will run two events this week, with the very first Golf in Dubai Championship starting on Wednesday and the South Africa Open beginning on Thursday. We’ll be providing you with our betting tips for both events this week, as well as the Mayakoba Classic on the PGA Tour, so let’s start with our top picks for Dubai.

GolfMagic's Andy, Jack and Alex have taken a look at the betting market for the first European Tour event being played this week and they have each revealed their best bets for the title. Take a look at their picks below:

We're at @JGEGolf and the Fire Course for the #GolfInDubai

PICK 1: MATT WALLACE  (16/1) - I think Matt Wallace is a huge price for the Golf in Dubai Championship this week. His form has been nowhere near what he is capable of but he’s showing signs of improvement in his last few tournaments and the Englishman has a habit of performing well in Dubai. Wallace will be looking to win this tournament and I think he’ll certainly be in with a shot come Saturday.

PICK 2: THOMAS DETRY (16/1) - At the age of 27 Detry is already one of the most experienced players in the field this week and his form in Cyprus was extremely promising, with a T10 finish followed up with a tie for fourth. The Belgian is yet to win on the European Tour and he’s come close a few times, so I think he’s in with a great chance in Dubai this week.

PICK 1: AARON RAI  (22/1) - Aaron Rai has quickly become one of the most in-form players on the European Tour and he looks as though he has the potential to go on and win many more tournaments. He beat Tommy Fleetwoood in a play-off to win the Scottish Open and wasn’t too far off from winning again at the Scottish Championship. It seems whenever you look at a European Tour leaderboard, this man makes sure his name is close to the top.

PICK 2: SEAN CROCKER (40/1) - I like the value that Crocker brings to the table this week, especially for an Each Way bet. The American played some really good golf at the Alfred Dunhill last week and had it not been for a few slip ups in the final round, he’d have won the event. Crocker will be feeling confident in slightly easier conditions this week, so I think 40/1 is a brilliant price.

This week we’re in Dubai for the #GolfInDubaiChamps and South Africa for the #SAOpen. pic.twitter.com/eaVwZW8arx

PICK 1: MATT WALLACE  (16/1) - I’m finding it hard to look at anyone other than Wallace this week. There’s no doubt he possesses a lot of talent and he’s starting to find his form again. This lad loves it in Dubai and if he’s going to start making an impression for the Ryder Cup next year, he needs to get back to his best and I can see him doing so at the Jumeirah Golf Estates.

PICK 2: ROBERT ROCK (66/1) - My second pick is all about value and at 66/1 I’ll definitely be placing an EW bet on the coach, Rock. He’s probably the most experienced player in the field and knows exactly what needs to be done around this course. A steady player and a really likeable character.