Take a look at who we fancy to win the second European Tour event being played this week. 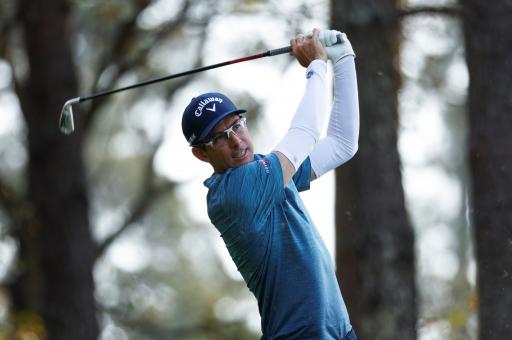 As well as the Golf in Dubai Championship, the European Tour will also be heading to the Gary Player Golf Course and Country Club for the South African Open, but who do we think will win this year's tournament?

RELATED: Our expert picks for the Golf in Dubai Championship

GolfMagic's Andy, Jack and Alex have taken a look at the betting market for the second European Tour event in the schedule for this week, so take a look at their best bets for the South Africa Open below:

PICK 1: CHRISTIAAN BEZUIDENHOUT  (7/1) - The South African won his second European Tour event on home soil last week and I think he's going to make it back-to-back wins. Bezuidenhout is one of the best putters on the European Tour and he showed why last Sunday, coming from three strokes behind to win by four. He might be a little hungover after celebrating his win, but winning this event at such a famous golf course would mean the world to him.

PICK 2: MATTHIAS SCHWAB (16/1) - Schwab really impressed the GolfMagic team when he first came onto the scene and he's certainly a player to fear in the field, with many top professionals tipping this lad to one day feature in the Ryder Cup for Europe. The Austrian finished T13 in South Africa last week and I fancy him to improve on that this week.

PICK 1: DYLAN FRITTELLI (9/1) - Frittelli returns to a course the South African knows very well and after his phenomenal performance at The Masters, I fancy him to return to the European Tour in style this week. Finishing in a tie for fifth at Augusta was a seriously good accomplishment and I think this long hitter is the man to beat at the Gary Player CC.

PICK 2: GARRICK HIGGO (28/1) - At just 21-years-old, Higgo is a really exciting prospect on the European Tour. I was disappointed to see him miss the cut last week, so with that in mind he'll be desperate to make up for that with another chance to win in his homeland and at 28/1, this youngster could be one to look out for.

PICK 1: DYLAN FRITTELLI (9/1) - I'm agreeing with Jack on this one with the South African Frittelli. What an epic performance that was at Augusta! Unfortunately he followed it up with a poor showing at the RSM Classic, but on home soil I really like his chances this week.

PICK 2: SCOTT JAMIESON (20/1) - An experienced player who is showing some great form as of late and after his T6 finish in South Africa last week, I fancy the Scot to be right up there at the South African Open.