The Italian is yet to win on the European Tour but he has a two-shot lead with 36 holes left in Vilamoura. 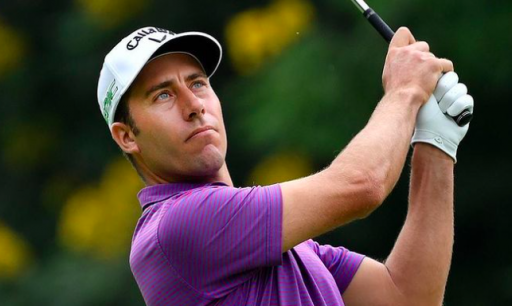 The World No. 419 Nino Bertasio takes a two-shot lead into the weekend at the Portgual Masters, firing a solid 69 on Friday.

Bertasio, who has only made one top-10 finish throughout 2021, started on the 10th hole at Dom Pedro Victoria Golf Course and he almost made a hole-in-one on his first nine.

The Italian hit a pinpoint tee-shot to the par-3 13th hole which was just a foot short of falling in the hole. It was his first birdie of the day but he gave one back on the 15th hole.

Bertasio, fresh off the best round of his European Tour career in the first round, made two more birdies at the 3rd and 5th hole to finish with a 2-under-par 69.

He moved on to 12-under-par and is in a prime position to find his first European Tour victory. Adri Arnaus, Lucas Bjerregaard, Thomas Pieters and Matthieu Pavon trail on 10-under-par.

Entering the tournament as the Betfred British Masters winner and one of GolfMagic's tips of the week, Richard Bland fired a solid score of 65 on day two.

The Englishman made six birdies and a fantastic eagle at the par-5 5th hole. Two bogeys pegged his score back to 7-under-par for the tournament and five shots behind Bertasio.

2021 European Ryder Cup captain Padraig Harrington is in a tie for 26th place on 3-under-par after carding a disappointing second-round score of 1-over-par.

On the 2nd hole at Dom Pedro Victoria Golf Course, the three-time major champion rolled in a short putt, but he called in a rules official to say that his ball had come into close contact with a moth on the edge of the cup.

The rules official confirmed that no penalty would be added to Harrington's score, nor would he have to retake the putt, and the 2016 Portugal Masters champion could play on.

NEXT PAGE: BROOKS KOEPKA "DIGGING THE DIRT" AHEAD OF THE MATCH WITH BRYSON DECHAMBEAU